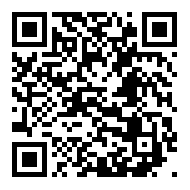 Tea is one of the important high value-added agricultural products in the world With the global tea planting area 2020 reaching 75 million mu (1/15 hectare), with a total output of more than 6.15 million tons.

Among the tea-growing nations, China's tea planting area has reached 47 million mu with an output of 2.97 million tons, making it the largest tea production and consumption country in the world. However, in the process of production, growers are very often frustrated by difficulties in safe, economical and efficient weed control in tea gardens, looking for a more distinctive solution.

As a high-end agricultural product, a series of tea’s pesticide residue limits are formulated in China and developed countries, of which herbicide residue is of utmost importance. In recent years, glyphosate and other herbicide residues exceeding limits have been reported repeatedly. Glyphosate, as a highly systemic herbicide, can drift easily if it is sprayed improperly, and spread to the whole tea plant, resulting in excessive residue. Hence, the requirement on the tea grower’s production activities becomes very high.

With the implementation of the national strategy for “reducing pesticide and increasing efficiency” and the “green prevention and control initiative”, the requirement for crop health, soil health and environmental friendliness are firstly applied to high-end crops such as tea. To ensure tea safety, the use of glyphosate has been banned in tea gardens in the major tea producing provinces of Jiangxi, Fujian, Anhui and Guizhou. This may become another important focus of attention under the green prevention and control initiative.

2.1 Safe residue is of utmost importance for tea production

2.2 Boosting soil health to the benefit of environmental protection

Jinbaisu’s environment-friendly property brings tea safety to a new height and its advantages are summarized as the following:

①L-glufosinate can be rapidly decomposed and utilized by microorganisms in the soil, which is very safe for tea roots, and will not lower the quality and yield of tea.

②Free of chemical elements such as P and Mn that may cause soil hardening and water pollution, thus being truly high-efficient and environment-friendly, without harm to the soil.

③Since most of the tea is planted in mountainous areas, Jinbaisu kills weeds but not roots, which ensure no loss of moisture and nutrient in the soil.

The above shows that Jinbaisu not only resolves the tea grower’s difficulty in safe weeding but also contributes to ecological preservation with social benefits, as well as to the green prevention and control initiative.

Jinbaisu’s active ingredient is so far the sole natural amino acid herbicide containing the C-P-C structure while being produced by Yonon via biological fermentation. Its safety to mammals and non-target organisms (earthworm, bee, fish) is higher than chemical pesticides such as glyphosate and diquat.

In 2020, subjected to a strict evaluation process, Yonon’s Jinbaisu was certified as a “green food production material” which is the only L-glufosinate winning such an honor, having become an ideal weed control option for farmers in tea gardens, green orchards and green vegetable fields.

As a labor-intensive industry, the tea gardens bear a huge labor cost. Scientific control of weed and safe planting are common responsibilities within the industry. Jinbaisu (L-glufosinate), which has been granted a green and safe product certification, will surely become tea grower’s new favorite and greatly contribute to the green development of tea gardens in China and the world.