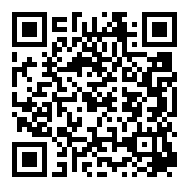 Daily ‘kill rates’ of predatory insect species and parasitoid species appear to be a useful criterion for determining which natural enemies are most effective in biological control of insect pests. That’s the conclusion of a global research team led by Joop van Lenteren, professor of entomology at Wageningen University & Research. The researchers have explained their findings in an article published in Scientific Reports.

The researchers looked at the 'kill rates’ of six predatory insect species and seven parasitoid species foraging for the tomato leafminer (Tuta absoluta), a small moth whose larvae damage tomato leaves as well as the tomato itself. The kill rate of the predator Nesidiocoris tenuis and of the parasitoid Necremnus tutae revealed that these two species are, in principle, capable of keeping the tomato leafminer under control.

Scientists studying biological control of pest insects draw on the insights provided by ecologists in relation to population regulation. They apply these insights to the control of destructive organisms, releasing a natural enemy into the crop so that it can reduce the numbers of the pest species.

Tuta absoluta first appeared in Europe in 2006 and since then it has rapidly spread around the world. Chemical control of Tuta absoluta is difficult because it requires the frequent use of insecticide sprays, which could rapidly lead to resistance.

But which biological control agent is most effective? These invasive species often have dozens or even hundreds of natural enemies. It can be tricky, therefore, to find the most effective natural enemy of a pest such as Tuta absoluta applicable to all different tomato varieties and production systems that exist around the world, with their variations in climate, irrigation and fertiliser use.

‘Kill rate’ as a criterion for success

However, the research team calculated that using a criterion such as the ‘kill rate’ can help narrow down possible candidates. The daily ‘kill rate’ is the average daily number of deaths of the insect pest resulting from the introduction ofone individual natural enemy. Based on the ‘kill rate’ data and on criteria relating to the characteristics of the natural enemies, at least 180 from the 200 candidates on the list could be ruled out as effective forms of pest control against Tuta absoluta.

This leaves the question of identifying which of the remaining natural enemies would be the most effective mass murderer. Is the ‘kill rate’ sufficiently large to reduce the insect pest population?

The researchers calculated the ‘kill rates’ of the predatory insects and parasitoid wasps on Tuta absoluta based on a number of existing data sets provided by co-workers. The predators, N. tenuis and Tupiocoris cucurbitaceus, appeared to be the most effective, but there are a few other insect predators with a kill rate higher than the natural growth rate of the insect pest. Among parasitoids, Trichogrammatoidea bactrae appeared to have a very acceptable ‘kill rate’, while the effectiveness of N. tutae was already known.

Looking beyond the ‘kill rate’

Although the ‘kill rate’ appears to be a useful criterion for identifying effective forms of biological control, other issues need to be considered too. For example, N. tenuis can cause serious damage to tomato plants. It is also not very realistic to focus only on the effect on Tuta absoluta, as tomatoes can also be affected by other diseases and pests.

These findings show that kill rates can at least be used to rule out a large number of natural enemies from the list of candidates. The ‘kill rates’ of these natural enemies are too low to reduce the insect pest population to the economic injury threshold, the density at which the farmer does not have harvest loss of tomato. The final task, then, is to assess the effectiveness of the remaining species in different tomato production systems.