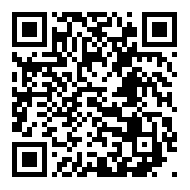 Earning R$3 billion in 2026 is the goal of Ourofino Agroscience, one of the largest nationally owned agrochemical companies in Brazil, headquartered in Ribeirão Preto (SP).

To achieve that objective, one of the strategies is to change the command of the company, which is now headed by Marcelo Abdo who has replaced Norival Bonamichi, one of the founding partners.

Created 11 years ago, the company’s current annual revenue is R$1.5 billion, and it is targeting R$5 billion expected in ten years. “We are going to invest heavily in increasing the qualifications of the nearly 450 employees of the company. From operator to leader, everyone will have an even greater chance to grow. This process has already started and involves, mainly, the analysis of the entire team,” said the new CEO.

The bet is on the expansion of the factory located in Uberaba (MG). “The factory was planned for growth, so, literally, we can take the roof off, add new reactors, for example, and expand the current numbers,” Abdo said.

“Our industry today can produce 120 million kilos/year. In the last cycle, the total production was 55 million, a record, but also a number that demonstrates our ability to scale production.”

Abdo is an economist and has been at Ourofino Agroscience since 2010 when he was hired as financial director. In 2017, he became vice president and now CEO. Bonamichi became chairman of the board of directors, where the other founder of the group, Jardel Massari sits. They are both also the owners of Ourofino Saúde Animal, founded in 1987. On the board, the duo is accompanied by representatives of Japanese companies Mistui and ISK, which have had a stake in the company's capital since 2019.

It is no coincidence that this year, for the first time, Ourofino Agroscience will put on the market its own patented product, developed by ISK. The solution has an innovative molecule in the country. In addition, on the agenda until the end of the year are the launches of 11 products to reinforce the participation in the main agricultural market in the country, that of soybeans. Currently, sugarcane represents most of the company's market share.