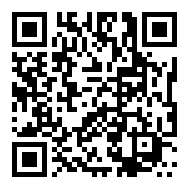 The release was announced by the National Technical Biosafety Commission (CTNBio) and was published in the Federal Official Gazette.

The new transgenic sugarcane, CTC9005Bt, was created by the Sugarcane Technology Center (CTC) in its laboratory in the city of Piracicaba, São Paulo. It contains a technology for combating sugarcane borer (Diatraea saccharalis), the most destructive pest in Brazil's sugarcane fields.

Sugarcane borer causes irreversible damage and concrete losses to productivity. It is estimated that during each harvest, R$5 billion is lost in Brazil as a result of the borer, distributed between reduced productivity and lower quality in terms of extraction and fermentation.

CTC9005Bt is the sixth such GM variety featuring this type of resistance approved by the company since 2017. Of these six varieties, two, CTC20Bt and CTC9001Bt, are already in the field and are planted in around 150 mills around the country. Two other varieties are starting to be used during planting at mills this year, which are CTC9003Bt and CTC7515Bt. The most recent two, CTC579Bt, approved in December, and CTC9005Bt are being produced and will be used in the field soon.

As they are resistant to sugarcane borer, these varieties avoid productivity losses caused by the insect while reducing production costs and achieving greater sustainability. “With the approval of 9005Bt, we now have a portfolio of transgenic varieties resistant to borer affecting the entire sugarcane territory in the country, which have been adapted to crops grown in different climates and soils,” said Silvia Yokoyama (Director of Regulatory Affairs at CTC).

The varieties cover various conditions, such as fertile soils and regions with higher rainfall to restrictive environments, in addition to crops with different cycles.