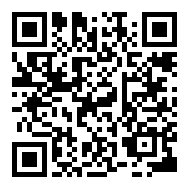 According to the survey, the soybean insecticide market, covering both chemical and biological matrix pesticides, dropped 12% in the 2020-21 season, from US$468 million to US$413 million.

AgBiTech assumed the leadership of the Brazilian market of biopesticides for soybean caterpillars. The Australian-American company raised its market share from 17% to 37% among biopesticides, according to the recently consolidated data from Spark, becoming also the 12th company in the ranking of the agricultural pesticides sector for caterpillars, including traditional brands in the area of crop protection.

According to AgBiTech's marketing director, agronomist Murilo Moreira, the rise of the Australian-American company after only three commercial harvests in Brazil is anchored on increased sales through distributors.

For him, the efficiency of biological matrix products in the crops of the so-called large soy-producing groups also mattered. “The base of producers that used biopesticides has more than quadrupled. We have greatly expanded adherence to the biological management strategies for caterpillars,” he emphasized.

According to Moreira, the farmer's difficulties in handling caterpillars with high potential for damage to soybeans, especially from Spodoptera frugiperda, contributed equally to AgBiTech's performance in the 2020-21 harvest. “We grew up in a cycle in which the insecticide market fell and the adoption of Intacta soy by the producer showed an increase as compared to the previous harvest, with a view to better control of caterpillars,” the executive stated.

“This shows that harvest after harvest, AgBiTech gains more confidence from the producer and partners. The baculovirus line, with high technology and unique in the market, transfers superior results to biological control strategies and to managing resistance of caterpillars to chemical insecticides,” he said in conclusion.