Brazil: More efficient biological control for the psyllid in citrus 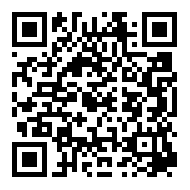 Despite the knowledge of techniques for mass production and the large amounts of wasps Tamarixia radiata produced in Brazil for the control of psyllid nymphs, the release was until then based on a protocol developed in Mexico that consists of the release of 100 wasps per point, at four points (distanced every 100 meters) of one hectare (ha), starting and ending the release at the edges of the field.

To adapt this protocol to the conditions in Brazil, an experiment was carried out in an orchard in Itapetininga (SP), in a research carried out by the Fundecitrus Masters, the MasterCitrus.

After two days, the nymphs present in the seedlings farthest from the release points (22.5 and 30m) were not parasitized, regardless of the number of wasps, which indicates that they do not travel these distances.

Regarding the quantities of 800, 1,600 and 3,200 wasps/ha and distances of 7.5 and 15m from the release point, parasitism increased as the number of wasps released increased, but decreased as it moved away from the point. release: for the 15m radius, 35% of the nymphs were parasitized with the release of 226 wasps per point (3,200 parasitoids/ha). However, the greatest control of nymphs (approximately 75%) occurred with the release of 57 wasps every 7.5m (3,200 parasitoids/ha).

Based on the results, a new protocol for the release of Tamarixia radiata was created: 56 points, with 57 wasps/spot, per hectare in abandoned orchards. It should also be considered that wasps cover a radius of 7.5m, which is equivalent to a summed distance of 15m between the release points.

New experiments will be carried out in other regions of the citrus belt to further optimize releases. However, the new protocol is already being adopted by Fundecitrus and other production units.