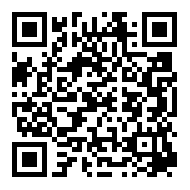 Sipcam Nichino Brasil announced that it has developed an exclusive compound, a first for the country, which is helping to manage and reduce the severity of diseases in more than 15 crops, among the most important in Brazilian agribusiness.

It is a formulation that has potassium phosphite and silicon concentrates, which when combined can activate plant defense mechanisms and thus expand the results of systemic fungicides.

According to him, the use of the product has already shown results in experimental and commercial crops such as peanuts, coffee, citrus, potatoes, apples, corn, soybeans, tomatoes and grapes, among others.

According to Camargo, Nutex Premium also has recommendations for cotton, rice, wheat, beans, sugar cane, vegetables and mango crops. The product has among its main attributes, rapid absorption by roots, stems and leaves, he said.

“After absorption, the product moves throughout the plant, providing complete coverage. Compatibility and stability in mixtures are characteristics defined by the buffer effect of the exclusive formulation of Nutex Premium,” the agronomist explained.