Brazil: New regulation for the control of Asian Rust published 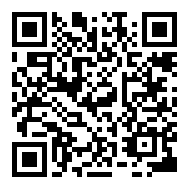 The Ministry of Agriculture, Livestock and Supply (Mapa) has published Ordinance No. 306, which has revised and updated the procedures provided for in the National Program for the Control of Asian Soybean Rust (PNCFS), instituted at the national level by Normative Instruction No. 2/2007.

The new regulation is effective as of June 1, 2021, and among the main changes is the institution of a new governance model for the pest control program.

“Phytosanitary measures related to periods of sanitary emptiness and sowing schedule will be instituted by the Secretariat of Agricultural Defense, which will be established based on the suggestions of Organs state agencies of Plant Health Defense, in articulation with the federal superintendencies of agriculture in each state, also considering data from scientific research, monitoring of the pest in the previous harvest, the results of fungicide efficiency tests, agricultural zoning, among others,” explained the director of the Department of Plant Health and Agricultural Inputs, Carlos Goulart.

The sanitary vacuum, defined as a continuous period of at least 90 days during which it is not possible to sow or maintain live plants of a plant species in a given area, aims to reduce the inoculum of diseases or the population of a certain pest.

The soybean sowing schedule, recommended by scientific research as a measure aimed at rationalizing the number of fungicide applications and the consequent reduction in the risk of developing resistance to the fungus that causes the disease, until now established by only a few producing states, passes then to be officially recognized by the Map, with mandatory adoption at the national level.

The PNCFS aims to strengthen the agricultural production system for soybeans, bringing together strategic actions for plant health protection with the support of agricultural research and technical assistance in the prevention and control of the pest.

This disease is caused by the fungus Phakopsora pachyrhizi and is considered one of the most severe that affects soybean, and can occur at any phenological stage. In the various geographic regions where Asian rust has been reported at epidemic levels, damage to production ranges from 10% to 90%.