Brazil: Sindiveg sees lack of agri-inputs and risk to supply in Brazil 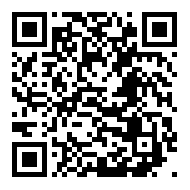 The surge of COVID-19 in India has led to restrictions on raw materials for the production of agrochemicals and has triggered an alert in the pesticide sector about the likely lack of products for the 2021-2022 crop in Brazil, which will be planted in September, the National Union of Plant Protection Products Industry (Sindiveg) told Reuters on Wednesday.

"We had a general increase (in prices) of raw materials in our products and now we have started to lack products too," said President of Sindiveg, Júlio Borges Garcia.

He stated that, historically, there has been an absence of some inputs, "but this time it seems a little worse," as the pandemic continues in countries such as India.

“The logistics are also more complicated and it's not just for Brazil… For 2021-2022, it already has an intention to increase the area… The producer anticipated and has a good part of the pesticides negotiated. Now we need to see if companies will be able to honor deliveries,” he said.

He added that the rise in demand among rural producers, based on plans to increase the planting area and the higher incidence of pests and diseases in crops, still contribute to the increase in input prices.

In the first quarter of this year alone, the area treated with crop protection products grew 7% to 562.7 million hectares, compared to the same period in 2020, considering the rise in the cultivated area by volume of products and number of applications made.

With regard to the volume, the pesticides applied in Brazil reached 349,000 tons in the first quarter of 2021, compared to 333,000 in the same period of the previous year, data from Sindiveg showed, based on research carried out by consultancy Spark.

The survey indicated that there was an increase in the use of seed treatment (12.6%), fungicides (11.8%) and insecticides (6.8%).
The value of the applied agrochemicals market decreased 12.9% in the first quarter, to US$3.8 billion, due to the strong devaluation of the real against the dollar. In reais, there was an increase of 9.2%, to 20.3 billion in comparison to the first three months of 2020.

Concerning crops, soy increased its share of the total market value of applied pesticides, from 41% to 43%, reaching US1.6 billion.

According to Garcia, these increases are due, first, to the expansion of the area cultivated with oilseeds and, second, to the higher incidence of pests and diseases.

“Some problems, in particular, caught the attention of farmers in the first quarter of 2021. Applications to combat whitefly grew by 25% in the treated area. This enemy is dangerous for soybeans, cotton and beans,” he said.

The delay in planting the first 2020/21 crop contributed to the expansion of the whitefly, which, according to the executive, was related to the climatic conditions that occurred during the development of the crop.

In mid-March, in the middle of the soybean harvest in the country, a report published by Reuters showed that the excessive summer rains also increased the occurrence of diseases such as Asian rust.

At the time, Sindiveg estimated that the area treated with agrochemicals for oilseeds should grow 7.72% in the 2020-2021 harvest, to 933.05 million hectares.

Despite the bottlenecks, Brazil should reach a new record in soy production, estimated this Wednesday at 136.34 million tons by consultancy Datagro, which, if confirmed, will represent a 6% increase over the previous maximum, which occurred in 2019-2020.