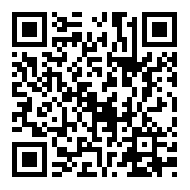 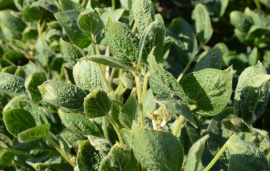 The United States Environmental Protection Agency’s 2018 decision to extend registrations for three dicamba pesticide products varied from typical operating procedures, according to a new investigative report from the EPA’s Office of Inspector General. However, EPA and the pesticide makers are confident science-based procedures uphold the safety of the widely-used pesticide in its latest 2020 re-registration.

Dicamba is an herbicide that is widely used on agricultural crops, fallow land, pastures, turfgrass and rangeland to control emerged broadleaf weeds and provides some residual control of geminating weeds. Dicamba was first registered in the United States in 1967. In late 2016 and early 2017, the Agency conditionally registered three “over the top,” or OTT, dicamba products for use on post-emergent crops – after growth begins. These dicamba products were to be used on genetically modified dicamba-tolerant cotton and soybean plants in 34 states.

In its report, OIG says the EPA did not conduct the required internal peer reviews of scientific documents created to support the dicamba decision. “While division-level management review is part of the typical operating procedure, interviewees said that senior leaders in the [Office of Chemical Safety and Pollution Prevention’s] immediate office were more involved in the dicamba decision than in other pesticide registration decisions. This led to senior-level changes to or omissions from scientific documents,” the report notes.

The report notes for instance, these documents excluded some conclusions initially assessed by staff scientists to address stakeholder risks. “We also found that staff felt constrained or muted in sharing their concerns on the dicamba registrations,” the report notes.

Office of Pesticide Programs divisional scientists provided examples of where scientific analyses were changed to support senior officials’ policy decisions. According to one scientist, OCSPP senior management and policy makers decided to use plant height as the standard measure of dicamba effect on plants.

“This varied from the EPA scientists’ recommended approach to use visual signs of plant injury—an approach used in academic and registrant direct-spray toxicity studies, in field studies evaluating off-field movement, and in information reported in state investigations of dicamba damage,” the report explains.

According to another scientist, OCSPP senior management provided direction to use registrants’ data for reported dicamba damages instead of OPP divisional data sources. In its ruling to vacate the dicamba registrations, the Ninth Circuit Court found the dicamba damages to be substantially understated. “Divisional scientists told us their original source data would have addressed the court’s concerns,” the report adds.

Multiple scientists in one division reported, and emails confirmed, that after OCSPP senior management review, scientists were provided with an outline from the assistant administrator’s office for rewriting their benefits and impact analysis document, the report adds. “The outline removed several sections of the original document which the scientists said were relevant based on the analysis they completed,” the Inspector General found.

The OIG notes that these actions left the dicamba registrations legally vulnerable, which resulted in the Ninth Circuit Court of Appeals vacating the 2018 registrations for violating the Federal Insecticide, Fungicide, and Rodenticide Act, or FIFRA, by substantially understating some risks and failing to acknowledge others entirely.

In October 2020, EPA rolled out a five-year registration for dicamba with additional restrictions on tank mixing of dicamba, downwind buffer requirements of 240 – 310 feet, prohibition of OTT on soybeans after June 30 and cotton after July 30 and simplification of the label and use directions for growers.

“EPA stands by its 2020 decision made with the input of career scientists and managers,” an EPA spokesperson explains.

The EPA spokesperson notes, “The political interference that occurred with the 2018 dicamba decision happened despite the best efforts of EPA’s career scientists and managers to recommend a different approach.”

A spokesperson for Bayer, one of the makers of an approved dicamba product, says, “We stand fully behind our XtendiMax herbicide, which has been reviewed and approved for use under different administrations. In collaboration with academics and other experts, we have continued to test and build on the robust scientific data behind this important technology, and the latest EPA decision in 2020 was based on a significant amount of new data and learnings from recent seasons.”

The Bayer spokesperson notes, “We welcome independent and science-based regulatory processes that ensure the safe and effective use of our products.” Bayer also noted that the company has enhanced its trainings, resources and support heading into the 2021 growing season to ensure product safety and less drift damage.

A spokesperson from BASF, which produces the dicamba-based Engencia herbicide, says, “BASF relies on the EPA to follow a science-based approach to evaluate and manage ecological risks, while balancing agricultural and societal benefits, when reviewing registration applications. BASF has always worked with the EPA to provide data and information so that the EPA can make science-based decisions.”

The BASF spokesperson notes the 2020 registration is “explicitly outside its scope.”

“In addition, although EPA scientists apparently did not sign off on final registration decision documents in 2018 due to internal procedural deviations, the OIG report specifically notes that the scientists did sign off in 2020 dicamba registration decision,” BASF notes. “Further, we feel strongly that the 2020 registration’s label enhancements fully address the scientific concerns underlying US EPA OIG's report and the 9th Circuit’s 2020 court opinion. These enhancements will further reduce the risk of harm from off-site movement and have simplified and streamlined the overall label for OTT use on soybeans and cotton.”

The EPA says it looks forward to productive conversations with the Office of the Inspector General as the agency works to resolve this matter. The EPA spokesperson adds, “The agency has responded to the Office of the Inspector General’s report and is implementing several actions to ensure that our pesticide registration decisions are free from political interference and that the agency’s scientific integrity policy is upheld.”

OIG recommends EPA implement a procedure requiring senior managers or policy makers to document changes or alterations to scientific opinions, analyses, and conclusions in interim and final pesticide registration decisions and their basis for such changes or alterations. They also suggested EPA require an assistant administrator-level verification statement that Scientific Integrity Policy requirements were reviewed and adhered to for pesticide registration decisions that involve the immediate office. Lastly, OIG says the agency should annually conduct and document training for all staff and senior managers and policy makers to affirm the office’s commitment to the Scientific Integrity Policy and principles and to promote a culture of scientific integrity.

In a response from Dr. Michal Freedhoff, principal deputy assistant administrator for Chemical Safety and Pollution Prevention, she also expressed her commitment to act with scientific integrity at the agency.

Chris Novak, CropLife America president and CEO, adds, "We all depend on the scientific integrity of EPA, and we fully support the efforts outlined by Dr. Freedhoff to reaffirm that long tradition of independence and support for agency scientists. Dependable risk-based regulation driven by science is integral to providing consumers confidence that the process works, and that EPA’s decisions provide for the protection of both the public and the environment. It is more important than ever to build public faith, trust and confidence in the pesticide registration process.”