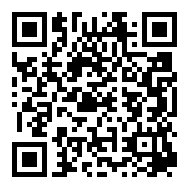 The following appointments and promotions will take place within the Nichino America organization, effective July 1, 2021, the company announced on May 25.

In addition to his current position as President, Jeffrey Johnson has been appointed Chief Executive Officer of Nichino America, Inc. (NAI). He has also been promoted to Managing Executive Officer of Nihon Nohyaku Company, Ltd. (the parent company of NAI) with responsibilities for leading the Global Strategy Project Team for the Nichino Group Companies.

Johnson joined Nichino Group in 1997 as the Commercial Development Manager of Nihon Nohyaku America (the predecessor company of NAI).  He was named Vice President of the newly formed NAI in 2001 and assumed the position of President in 2002.

Dustin Simmons has been promoted to Commercial Vice President.  In this newly created role, Simmons will oversee Marketing; Strategic Planning; Business Development; U.S., Mexico, and Canada Third Party Licensing; and the subsidiary business in Mexico (Nichino Mexico).  He will continue to report to Jeffrey Johnson, President and CEO of Nichino America, Inc.

Simmons joined NAI in 2008 and has held various positions within the company including Sales Representative, Marketing Manager, Director of Marketing, and Director of Business Development and Strategic Planning.  Throughout his career with NAI, Simmons has made a marked contribution to the development and growth of the company.

Dr. Lydia Cox has been promoted to Vice President of Regulatory and Scientific Affairs for NAI.  In her new role, Cox will oversee all regulatory, scientific, and governmental affairs activities for the company as well as safety, product quality, and formulations.  She has responsibility for North America for all active ingredients and brands at the federal and state levels. Lydia will continue to report to Jeffrey Johnson, President and CEO of Nichino America, Inc.

Cox joined NAI in 2013 as Director of Regulatory Affairs.  She has managed the successful efforts of her team for the past 8 years; most notably full federal registrations for tolfenpyrad and pyrifluquinazon as well as the expanded label registration for orthosulfamuron in the tree and vine markets.