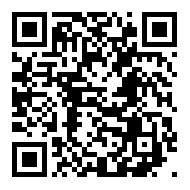 In an interview with Agroinvestor, Greg Meyers (CIO, SyngentaGroup) talked about the prospects for the introduction of digital tools in Russian agriculture, as well as the issues preventing this from happening and what advantages these tools offer.

How do you assess the current level of digitalization in Russian agriculture, especially in the crop sector?

Agriculture in Eastern Europe and Russia is very different, due to its specific profile and scale of production. In North America or Europe, you will not find as many large farms in terms of land area as in Russia. Therefore, the digital tools used in production are very different from those in demand in European or American markets. However, this does not necessarily mean that one market is more developed than others, they simply use different instruments depending on regional characteristics.

From this point of view, Russian agribusiness is quite well developed in terms of the use of digital tools, such as GPS tracking systems, fuel consumption control and even accounting automation. Eight out of ten companies in Russia use separate features from these systems. Most relevant tools are used primarily for control and accounting, which is a good place to start. However, in order to remain competitive in a market with a wide range of products, manufacturers need to improve their efficiency.

In the Russian market, digital tools used for increasing efficiency are not as well developed as controls, so offer considerable opportunities to those who can use them earlier. Almost any precision farming tool or efficiency solution delivers immediate results. At the same time, such improvements require a lot of effort, tracking changes, and, in many cases, additional investment.

According to our analysis and representative estimates, the level of dissemination of tools aimed at increasing efficiency varies greatly. Various types of control and monitoring systems for agricultural crops are being used on 30% to 35% of industrial cultivated areas, while the distribution area of differentiated fertilization technologies is an integral part of production and does not exceed 2% of arable land. However, this process is gradually evolving, with more efficient players crowding out less successful producers and taking their land. This trend is the strongest incentive for the introduction of new technologies.

Why, in your opinion, is the level of digitalization of agriculture lagging significantly behind other industries?

This is very dependent on the specifics of the industry. You manage resources, or fields, over vast territories and in some regions that still have poor cellular coverage, with a significant share of manual labor. The process of digitalization itself is difficult to standardize, due to its considerable dependence on weather conditions and the methods used to grow plants. This does not allow the adoption of a typical approach to the digitalization of business processes used in other industries.

At the same time, the development of remote sensing technologies and an accurate model of agriculture, as well as automation using IT tools based on neural networks and machine learning algorithms, have overcome existing limitations and led to a new digital revolution in agriculture.

What can and should be done now, including by the state, to increase the level of digitalization of the Russian agricultural sector? Why is the adoption of digital tools becoming more and more important?

A market economy and a competitive environment are ideal for the development of the agricultural sector. Russia possesses immense natural resources, more than 90 million hectares of highly productive and arable land. Subsequent investments in infrastructure and the free access of agricultural products to the international market can make the agricultural sector another "oil industry" for Russia. A competitive environment creates the need to improve production efficiency, including the adoption of digital tools into the agro-industrial complex.

In your experience, what digital solutions do agricultural producers implement most often? Can you explain, exactly, this prioritization?

The typical path of the digitalization of crop production in Russia looks like this:

The priorities are determined by the specifics of large-scale agricultural production. Firstly, you need to gain control over assets and then increase their efficiency throughout the entire value chain. The first five tools are related to control and reporting, while the rest are for improving efficiency.

What difficulties do farms face when implementing digital solutions in their businesses, and what factors are preventing them from using these solutions more actively? Which type of farms are easier to manage in terms of implementing new digital tools, small businesses or large holdings?

Introducing new ways of working in established and traditional industries is a huge challenge, even for those choosing to adopt new technologies earlier than others. People are creatures of habit, so it is natural to worry about change. Some companies find it easier to embrace change while others take longer to adjust and get used to it. However, it is encouraging to know that as soon as the first users confirm the viability of a technology, the market quickly accepts it. In Russia, this trend applies to many current digital solutions. Five years ago, the distribution of systems for monitoring and accounting for the state of agricultural crops on the market was no more than 5%, but now, every third hectare of industrial crops is cultivated using various plant monitoring systems.

Naturally, larger companies with solid resources and well-established business processes are more likely to test and implement new technologies. However, in most cases, the evolution and simplification of tools have also made them available to small farmers.

What advantages can benefit farmers by using certain digital platforms and solutions?

By far the most popular digital product of Syngenta in Russia is the Cropwise Operations system, previously known as Cropio, which is capable of automatically determining the boundaries of fields and types of crops, as well as predicting yield in the middle of the season. It also enables users to react immediately to any adverse changes directly in fields. The Plant Disease Control Module issues notifications about forecasts of disease incidence and generates recommendations for risk mitigation measures. Last season, users of the system in Russia generated more than 200,000 reports on scouting results, uploaded over 600,000 photos and received more than 250,000 warnings and recommendations in terms of taking the necessary measures. In most cases, these have helped to reduce costs or increase yields.