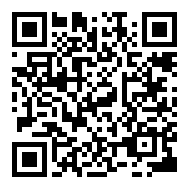 Batta-Mpouma says up to 70 million pounds of herbicides are lost to the environment each year in the United States, according to Environmental Protection Agency estimates.

"Global crop production suffers immensely from the off-target drift of herbicides," Batta-Mpouma said. "Herbicides that miss their target, or that volatize and drift after application, damage sensitive crops. It can lead to over-spraying and environmental pollution."

To keep those herbicides on target and on the ground, Batta-Mpouma and Kandhola developed a unique formulation of biodegradable nanomaterials derived from cellulosic waste, like sawdust. The formulation is designed to be added as an adjuvant to herbicide spray mixtures to reduce drift.

Later the project earned a $50,000 U of A Chancellor's Fund grant to continue advancing the technology.

Batta-Mpouma is a doctoral candidate in the materials science and engineering program at the U of A. He is a senior research assistant to Jin-Woo Kim, professor of biological and agricultural engineering for the Agricultural Experiment Station, the research arm of the University of Arkansas System Division of Agriculture, and the U of A's College of Engineering.

Kandhola has completed her doctoral degree in biological engineering and is a post-doctoral fellow in Kim's research group. She is partnering with Batta-Mpouma in a commercial venture to bring the nanocellulosic technology for herbicide drift control to market. Nanoparticles are between 1 and 100 nanometers long, a nanometer being equal to one billionth of a meter. Kim has spent years developing methods for turning nanoparticles into practical tools for medical, agricultural and manufacturing uses.

Kim's research, funded by grants from the National Science Foundation and the National Institutes of Health, combines multiple nanoscale materials into single, multifunctional structures with defined physical, chemical or biological characteristics that hold promise for advanced materials and devices.

"The potential applications of these technologies are wide open," Kim said.

To produce these materials, Kim has been developing nano-building-block technology to guide self-assembly of nanoparticles into specific shapes for specific purposes. He calls it nBLOCK technology, and it induces nanoparticles to arrange themselves into designed structures.

Kim has been expanding nBLOCK technology into a "nano-toolbox" of assembly methods that can be used to produce an unlimited number of different materials.

Batta-Mpouma said he was reading news stories about problems with volatilization and drift of dicamba-based herbicides in Arkansas farm fields.

"I thought, our technology can do something about this," he said.

Working with Kim's nano-toolbox, Batta-Mpouma and Kandhola developed a cellulosic crystal nanoparticle designed to bind to herbicides. It was dubbed BioGrip and is now trademarked. Added to farm chemicals as an adjuvant, the particles add weight to the herbicide droplets, causing them to fall faster and more directly on target during field applications. It also prevents volatilization of the active ingredient, so it stays put on the weeds.

The nano-toolbox gave them the control they needed to precisely construct the agrochemical encapsulating carrier that became BioGrip.

"We did the research," Batta-Mpouma said. "This is the first application of this technology."

Batta-Mpouma and Kandhola realized they had a potentially marketable technology.

Batta-Mpouma knew he had to learn more about how to go commercial. After attending a Research and Commercialization class offered by the master's program, he enrolled in courses in the U of A's Sam M. Walton College of Business to study business management and entrepreneurship. He and Kandhola first participated in the local NSF I-Corps program to conduct initial customer discovery and followed it up with the college's New Venture Development courses.

The program required the formation of a new company, and so CelluDot LLC was formed. Batta-Mpouma and Kandhola serve as chief executive officer and chief technology officer, respectively, and develop technology, business and marketing plans.

The Agricultural Experiment Station will receive $80,000 of that grant money for product research. Kandhola said, "The grant will be instrumental in helping us optimize the formulation and conduct some key tests that are essential to validate its performance and commercialize the technology."

Nilda Burgos, professor of weed physiology and molecular biology in the division's department of crop, soil and environmental sciences, will conduct research as a consultant to CelluDot to determine BioGrip's efficacy in controlling herbicide application, volatilization and drift.

Batta-Mpouma said the research will also investigate the best methods for adhering the chemicals to the nanoparticle and how well they bind together.

The Division of Agriculture filed for a patent on the nanotechnology and optioned intellectual property rights to CelluDot, said Bryan Renk, director of technology commercialization for the division. His office also helped Batta-Mpouma and Kandhola get all the paperwork and contracts in order to make their grant applications.

Kim said the technology that created BioGrip can be applied to many uses.

"The nano-toolbox technologies and methods offer precise control over size, shape and function of nanoparticles," he said. "There are limitless uses for precision nanoparticles in agricultural, biomedical, manufacturing and other technologies."

His focus on cellulosic nanoparticles builds important uses for sawdust, rice hulls and other grain husks, and straw from crop stems. "They have the added advantage of being biodegradable," he said.

"We are adapting the technology to many potential products and issues," Kim said.