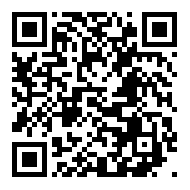 The estimated investment of the project is RMB 4.308 billion, of which the annual 400,000-ton organosilicon monomer plant will be worth RMB 2.308 billion scheduled for completion in June 2023; the 50,000-ton glyphosate plant valued at RMB 861 million to be completed in June 2022; and the 300,000-ton caustic soda unit costing RMB 1.139 billion, work on which begin in due course. After completion and operation, there will be annual sales of RMB 5.019 billion, including a tax contribution of RMB 723 million and the after-tax profit of RMB 429 million.

The organosilicon material industry is one of the key industries of the Xingfa Group included in its 14th-Five Year Plan, as well as a strategic emerging industry encouraged by the national and local governments. After years spent in development, Xingfa Group now possesses an organosilicon monomer production plant with an annual capacity of 360,000 tons. In the meantime, as being backed by its advanced production process and the advantageous collaboration with the glyphosate plant within Yichang Industrial Park, Xingfa Group's organosilicon production cost control ranks at the top in the industry.