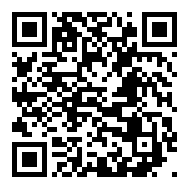 In recent years, counterfeiters have started adding unregistered compound ingredients as hidden ingredients to illegally produce and sell fake and inferior pesticides, in an attempt to avoid detection and infringe upon the legitimate rights and interests of farmers. Hunan police and agricultural law enforcement authority worked together to successfully raid an illegal enterprise that produced and sold such fake and inferior pesticides in 2020.

Since 2019, X (Hunan) Agricultural Science and Technology Co., Ltd. had commissioned a production enterprise to produce fake and inferior pesticide products of "Daodaoquan" branded pesticide and "Daofengbao" branded pesticide, which had been sold in the provinces of Hunan, Jiangxi, Jiangsu, Anhui and Guangxi.

After obtaining a lead, the Changsha city police, after careful investigation, located the illegal enterprise, and in August 2020, the target was raided and a Ms Zhou, who is the key person in charge of the company, was arrested. The police seized 11 tons of fake and inferior pesticide products. Local agricultural law enforcement authority also raided stores selling X’s fake or inferior pesticides.

After further investigation, the police learned that on February 13, 2012, Ms Zhou and a Mr Zhang jointly established X (Hunan) Agricultural Science and Technology Co., Ltd. Zhang was the legal representative of the company, while Zhou was responsible for the daily operation of the company. In November 2019, Zhou bought “CAS500008-54-8” which is a patented chemical compound of FMC Corporation, and appointed a producer to add the compound to Xi (Hunan) Agricultural Science and Technology Co., Ltd.’s three types of pesticides i.e. “Daohubao” branded insecticide, "Daodaoquan" branded herbicide and “Daofengbao” branded insecticide and the patented compound was not depicted on the package of the pesticides. Zhou then organized her company's employees to sell the three pesticide products.

On March 9, 2021, Changsha Furong District People's Court made a judgment on the case. The court ruled that after verification, the active ingredient "CAS500008-54-8" contained in the three pesticide products was inconsistent with the active ingredient marked on the pesticide label and instruction manual, and was ascertained as a fake pesticide according to the third item of paragraph 1, Article 44 of the Pesticide Management Regulations .

Zhou was convicted of producing and selling fake and inferior products and sentenced to seven months in prison, probation for one year, with a fine of 80,000 yuan.

The judgement of this case rules that the pesticide containing hidden compound “CAS500008-54-8” are deemed as fake pesticide and any activities of production and sales of pesticides of this kind are considered illegal activities, and serious cases can be considered criminal. Fake and inferior pesticides seriously endanger the safety of agricultural production, infringe on the interests of farmers, and pose a major threat of damage to the environment, people's health and food safety. The action of Hunan police and agriculture law enforcement authority against counterfeiting activities effectively deter the illegal activities of adding unregistered compound as hidden active ingredient in pesticides, prevented fake and inferior pesticides going to the market, and effectively protected the safety of agricultural production and safeguarded the legitimate rights and interests of farmers.