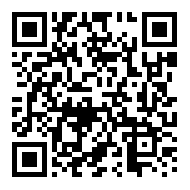 Sipcam Nichino announced the launch of its new brand herbicide, Click, which received registration approval from official Brazilian agencies for commercialization. With a focus on corn culture, Click is considered by the Italian-Japanese company to be a revolutionary tool for controlling weeds.

The herbicide will enter the market after eight years of testing and research carried out across the agricultural frontier of Brazil’s grain growing regions. “The product is based on a new molecule, which unprecedented in the country and a cutting-edge innovation within the reach of producers, both during the off-season and the summer harvest,” said Alexandre Gobbi (CEO of Sipcam Nichino in Brazil).

According to Leandro Martins (Marketing Director of Sipcam Nichino), Click will begin a new technological era in the corn herbicide market. “The latest generation active ingredient, Terbuthylazine, replaces Atrazine with its high agronomic efficacy and excellent cost-benefit in the management of invaders,” he said.

According to the company's technical team, Click solves the growing problems observed in cultivation areas during pre-emergence and post-emergence, such as infestations of weeds resistant to herbicides and invasive species that are difficult to control. Other characteristics and attributes of the new herbicide will be announced next month, Sipcam Nichino added.

Carulina Oliveira (Sipcam Nichino's Product Manager) noted that the training of technical teams and partners on using Click on corn started this month, with the participation of farmers, researchers and representatives of input distribution channels.