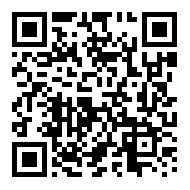 Having cultivated its agrochemical business for 18 years, Nutrichem’s primary business at present is composed of an integrated industrial chain which covers pesticide technical, intermediate and formulation products. Research and development have been a core competitiveness of Nutrichem, which the company has always stressed on. In recent three years, Nutrichem’s R & D spending has reached nearly RMB 600 million. A few days ago, Wang Rong, board chairman of Nutrichem, revealed in an exclusive interview that the company’s annual 4,000-ton mesotrione capacity will be completed and put into operation by the end of this year.

Wang Rong says that since 2020, due to the COVID-19 impact and the changes in the global trade, the issue of food security has received close attentions like never before, which demonstrates pesticide’s irreplaceable role in food security.

Also, environmental regulation has promoted pesticide innovation and constant phaseout of outdated, small and medium capacities, resulting in further industry concentration. “Strict environmental regulatory compliance standards are in favor of conformable enterprises that may be given more chances of newbuild or expansion of capacity in addition to their financing advantage. Hence, the long-term competitive edge of superior enterprises is continuously improved, which will lead to a “stronger becoming stronger” state.

Another situation faced by agrochemical industry is that since 2020 the price of chemical raw materials has been rising. Wang Rong holds the view that that the downstream pesticide companies are more sensitive to prices and they are generally confronted by the issue of price rise. He says that “our company will start structural adjustment of internal operation mechanism this year. We will formulate procurement plan according to production plan, material storage consideration and raw material price changes, meanwhile to constantly adjust and optimize supply channel to establish long-term relationship with vendors with strong supply capacity.” In terms of production segmentation, the company’s products are mainly divided into self-produce and trade product. In 2020, the income of the company's self-produce increased by 12.63%, whilst in terms of territory of business the domestic sales revenue increased significantly last year.

According to Wang Rong, the company has completed production deployment in Zhejiang and Jiangsu provinces. As the company is gradually being transformed into a market-driven manufacturer based on self-produce, the company has actively adjusted its business strategy and increased the proportion of self-produce while reducing the proportion of trading. On the other hand, in 2020 Nutrichem strived to reduce the Covid-19 impact and gave priority to supplies to domestic market in support of the spring ploughing in China. Via the price adjustment, domestic market was developed, which resulted in a domestic sale increase of 43.07% over the same period of the previous year.

Wang Rong also disclosed that the company's dominant project is being pushed forward at accelerated speed. Shangyu Nutrichem is Nutrichem’s important pesticide technical production base, where a 4,000-ton mesotrione capacity is scheduled for completion and operation by the end of this year, which is expected to bring about an additional revenue of RMB 200-300 million.

Recalling the public issue in NEEQ, Nutrichem’s raised funds would be spend on “transformation and upgrading of pesticide technical, recovery and utilization of byproduct phenol refining.” Upon completion of the project, Shangyu Nutrichem will form a production capacity of annual 4,000 tons of mesotrione, 4,000 tons of azoxystrobin and 3,000 tons of tebuconazole, as well as the capacity of utilization of the byproduct phenol refining to achieve production of annual 1,000 tons of oxyfluorfen.