First quarter of 2021: Bayer Crop Science's sales up 6.4% with strong growth in the Latin America and Asia/Pacific 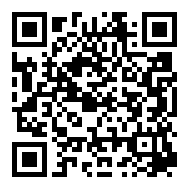 The Bayer Group had a successful start to 2021. “We’re seeing a good operational performance overall, but we were impacted by negative currency effects as expected,” said CEO Werner Baumann when the quarterly statement for the first quarter of 2021 was published on Wednesday. “Our Crop Science Division achieved encouraging sales growth in an improved market environment.”

Growth at Crop Science, especially in Latin America and Asia/Pacific Business at Corn Seed & Traits remained at the level of the prior-year quarter. This business developed positively in the Europe / Middle East/ Africa region thanks to higher demand in Eastern Europe and price increases. Business in the Latin America region also developed positively due to an increase in acreages and prices. By contrast, there is a decline in sales in North America. This was in part attributable to the expiration of a license agreement amounting to around 50 million euros.

Sales at Herbicides advanced mainly as a result of volume gains in all regions, as well as higher prices, particularly for Roundup™.

Fungicides posted encouraging business development on account of volume and price increases in Latin America, particularly for the product Fox Xpro™. In addition, business expanded in Asia / Pacific as the market situation normalized following the previous year’s restrictions related to the COVID-19 pandemic.

Sales at Environmental Science advanced in all regions, particularly in North America.

Sales at Vegetable Seeds also rose in all regions.

EBITDA before special items at Crop Science decreased by 6.2 percent to 2.448 billion euros, giving a margin of 36.8 percent. Positive effects from price and volume increases and the contributions from the ongoing efficiency programs did not fully offset the negative currency effects of 252 million euros.

As regards the litigation involving glyphosate-based Roundup™ products in the United States, approximately 96,000 current claims overall are covered by settlement agreements, or did not meet the settlement program eligibility criteria. The company continues to negotiate with plaintiffs’ counsel to reach agreements in the remainder of current cases. A new proposal for the management of future cases agreed upon with and supported by plaintiffs’ class counsel has been submitted to the responsible judge in California for preliminary approval. For the revised proposal, both parties worked diligently to address the points mentioned by the court.