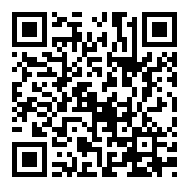 On 8th May, Sinochem Holdings Co., Ltd. (China Sinochem) was established in Beijing by Sinochem and ChemChina, as the only central government-owned enterprise specializing in the chemical industry, with total assets of Yuan1.4 trillion (USD 218 billion) and an operating income of over Yuan1 trillion (USD 156 billion). Therefore, it is now the largest chemical enterprise in the world.

China Sinochem's business scope covers eight areas, including life sciences, material sciences and basic chemicals, with production bases and R & D facilities being distributed in more than 150 countries and regions around the world.

It is reported that Ning Gaoning was appointed the Board Chairman and Communist Party Secretary of China Sinochem, while Li Fanrong was appointed the Board Director, General Manager and Deputy Communist Party Secretary. China Sinochem is located in No.001, Corporate Headquarter Cluster of the Start-up Zone of Xiong’an New Area, being one of the first batch of central government-owned enterprises established in the area.

The brand identity series of China Sinochem was announced on the same day, comprising graphics, the word, “Sinochem,” and the brand concept, “in science we trust.”

The restructuring of the two chemical giants has been under discussion for several years. Gaoning said that China's chemical market account for nearly half of the world's total, with a growth rate being far higher, several times more than the global average. However, China does not have a truly comprehensive and large-scale international chemical enterprise, although there are some relatively large petrochemical enterprises, which mostly deal with upstream products and less downstream products. Besides the business needs of Sinochem and ChemChina, the market, globalization and industry requirements are the reasons that brought the two companies together, resulting in in formation of a new company at the right moment.

In an interview, Liu Xingguo (Researcher at the Research Department of the China Enterprise Federation) said that the restructuring will not only improve the respective competitiveness of the central government-owned enterprises, but is will also enhance the international competitiveness of the Chinese chemical industry, which will be an important contribution to the accelerated development of Chinese chemical industry. Through the merger between stronger industry players, the businesses and resources of the two chemical giants are optimized and consolidated to form a relatively complete industrial supply chain within the merged company, which will improve the resource utilization and enhance the innovation ability of the new company, leading to higher competitiveness and profitability.

Behind China Sinochem stands the world's largest chemical market. Figures show that international sales of chemical products in 2018 amounted to EUR3.35 trillion, of which Chinese chemicals contributed EUR1.2 trillion, accounting for 35.8% of total. The German chemical giant, BASF, predicted China's share in the global chemical market to reach nearly 50% by 2030.

However, the pattern of “huge market and small enterprise” has existed in the Chinese chemical market in the past. Among the top 50 international chemical enterprises in 2019, only six Chinese enterprises were listed, including Sinopec, Formosa Plastics, PetroChina, Hengli, Syngenta and Wanhua. Currently, the restructured China Sinochem possesses 16 listed subsidiaries at home and abroad, and its birth highlights the perception of industry leaders of the advantages of having scaled-up and centralized business operations.