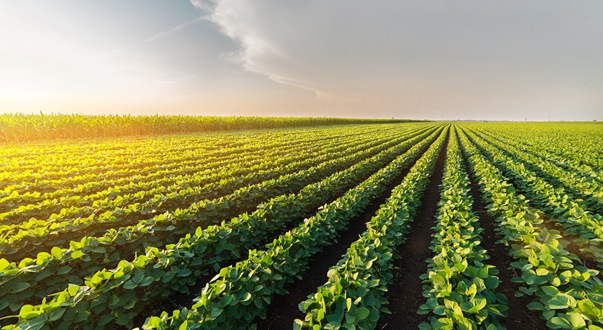 The area treated with crop protection products in Brazil grew 7% in the first quarter of this year with 562.7 million hectares being treated, largely because of the high incidence of pests and diseases.

This number represents the multiplication of the cultivated area by the volume of products and number of applications made and is the methodology that best reflects the use of pesticides by the rural producer. The statistical data is part of an exclusive survey commissioned by the National Union of Plant Protection Products Industry (Sindiveg) for the second consecutive year.

“For comparison, from January to March 2020, 525.9 million hectares were treated, which means an expansion of 36.9 million hectares in 2021. A similar phenomenon occurs next, revealing the constant and growing concern of rural producers with the phytosanitary challenges that harm crops and that, if not tackled, can cause major losses of production and bring food insecurity to the country,” said President of Sindiveg, Júlio Borges Garcia.

With consecutive records in agricultural production – in 2021, for example, the grain harvest will be the largest in history and should exceed 270 million tons – the high efficiency of pesticides applied in plantations has been an important ally of the national economy, especially during the upsurge in the COVID-19 pandemic.

“This data, ordered by Sindiveg from Spark Consultoria Strategica, is considered the exact record of what the farmer uses in pesticides and, therefore, the research captured a precise scenario of the incidence of the attack of pests and diseases in Brazil, which is more severe than in any other country due to the tropical climate, with high temperatures and high humidity,” Garcia explained.

The market value of applied products fell 12.9% in the first quarter, falling from US$4.3 billion to $3.8 billion. This negative variation is the result of the strong devaluation of the real against the dollar. This scenario justifies the sector's growth of 9.2% in reais, from R$18.6 billion to R$20.3 billion in comparison with the first three months of 2020.

“From January to March, there was an exchange loss of 20.2%, with the average dollar going from R$4.31 to R$5.40, compared to 2020. In addition, the industry registered a strong increase in the prices of materials raw materials and packaging, as well as an increase in logistics costs - both national and international. Sea freight continues with an upward trend and the industry is already starting to feel the lack of specific raw materials, but with a tendency to worsen,” the official stated.

Concerning crops, soybean increased its share of the total market value of applied pesticides (from 41% to 43%), reaching $1.6 billion. Sugarcane also increased its share from 7% to around 9%, reaching $323.1 million. The amount pledged with corn and cotton fell in relation to the total participation. Even so, these cultures maintain the 2nd and 3rd positions in investments ($1 billion and $416.8 million, respectively).

“Some problems, in particular, caught the attention of farmers in the first quarter of 2021. Applications to combat whitefly grew by 25% in the treated area. Whitefly is dangerous for soybeans, cotton and beans. For mites, there was an increase of 22% and for bedbugs, 10%. We have also seen an increase in the use of protective fungicides: an increase of 22% in hectares,” the Sindiveg president highlighted.

Even though Brazil is one of the largest agricultural producers in the world, it applies fewer pesticides per hectare than countries with temperate climates, which have only one crop per year. “The crop protection products available on the Brazilian market are proven to be effective by science and safety guaranteed by several regulatory bodies. In 80 years, Sindiveg has been working to enhance the sector, which offers solutions that guarantee an increase in the production of safe and quality food for the population,” Garcia said in conclusion.