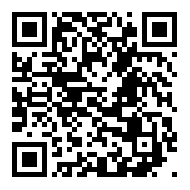 Corn growers now have a next generation herbicide to combat problematic weeds in LibertyLink corn. New for the 2021 growing season, Sinate is a postemergence corn herbicide that controls herbicide-resistant and important driver weeds in LibertyLink corn. Its powerful one-two punch of Impact Herbicide and glufosinate delivers control of weeds like waterhemp, Palmer amaranth and ragweed.

Sinate is designed for acres where weed problems can be more intense, requiring multiple modes of action for significant management.

“Sinate is ideal for growers who have historical weed challenges and acres with tough, herbicide-resistant weeds,” said Nathaniel Quinn, AMVAC Marketing Manager for Corn, Soybeans and Sugar Beets. “The crop safety of Impact Herbicide, and the inherent tolerance of the LibertyLink corn trait to glufosinate, delivers outstanding corn safety and more consistent performance on a wide spectrum of grass and broadleaf weeds.”

•    “In scouting the fields where we applied Sinate, we’ve seen 100 percent control within 14 days after application. We need a product like SINATE to come back in to pick up escapes that we lose from our pre-plant application,” said Tim McGreal, a corn grower in Chatsworth, Ill.
•    “The key grasses and broadleaves we had better control with are waterhemp, ivyleaf morningglory and giant ragweed. I see Sinate fitting in as a simplified all-in-one knockdown,” said Jeff Brockman, a corn grower in Mazon, Ill.
•    “What interested me in Sinate was the quick burndown we get with glufosinate, and we have been using Impact for several years. I was happy with the SINATE crop safety aspect of it. We didn’t see any crop injury,” said Kurt Barman, a corn grower in Woodhull, Ill.
•    “We got the safeness of Impact, but we also got more control with glufosinate. The control was fact acting and seems to be holding on a lot better later in the season,” said Jason Orr, a corn grower in Rowley, Iowa.