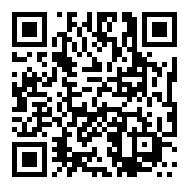 In a new study, researchers from the University of Bern developed an experimental approach that may be used to improve a wide range of organisms that rely on microbial symbionts to control insect pests. This approach opens up a new avenue for the improvement of biological control strategies towards a more sustainable, pesticide-free agriculture.

The western corn rootworm causes economic losses of over 2 billion US dollars in maize cultivation and is thus a serious agricultural pest. Over the past decade, scientists at the Institute of Plant Sciences (IPS) at the University of Bern have unraveled the mechanisms that explain the success of this pest, including how it resists the attack of biological control agents such as entomopathogenic nematodes (parasitic roundworms), and their associated bacterial partners.

With an ingenious self-defence mechanism, the western corn rootworm can defend itself against the attack of parasitic roundworms. Rootworm larvae acquire benzoxazinoid defense metabolites from maize roots, their main food source, store them in non-toxic forms and release them in their toxic forms as soon as they are attacked by parasitic roundworms and their bacterial partners. The bacteria produce an arsenal of immune suppressors, digestive proteins and metabolites that kill the colonized insect and allow the roundworms to reproduce. Benzoxazinoids suppress the growth of the pathogenic bacteria of the roundworms. Hence, by suppressing the growth of these bacteria through the accumulation of plant defense metabolites, western corn rootworm larvae increase their likelihood to survive the attack of roundworms.

Based on a detailed understanding of the interaction between maize, the western corn rootworm and its natural enemies, scientists at the University of Bern developed a strategy to improve the efficacy of roundworms as biological control agents. "We hypothesized that by improving the capacity of the pathogenic bacteria associated to the parasitic roundworms to resist benzoxazinoids, we may be able increase the lethality of this deadly symbiotic pair against western corn rootworm larvae", says Dr. Ricardo Machado from the Institute of Plant Sciences (IPS) at the University of Bern, who led the study. The researchers therefore collected parasitic roundworms from all around the world, isolated their pathogenic bacterial partners and exposed them to high doses of benzoxazinoids for several generations. "As a result, the bacteria that were otherwise susceptible to the toxins became highly resistant by random mutations in their genomes. We then transferred the benzoxazinoid resistant bacteria to their original parasitic roundworm hosts and evaluated whether the newly generated symbiotic pair killed more western corn rootworm larvae, which was indeed what we observed!" says Prof. Matthias Erb of the IPS, who leads the research program behind this study.

Thanks to a collaboration with Prof. Dr. Helge Bode from the Institute for Molecular Biosciences of the Goethe University Frankfurt and Prof. Dr. Siegfried Hapfelmeier from the Institute of Infectious Diseases (IFIK) of the University of Bern within the Interfaculty Research Cooperation One Health, the scientists also identified the genetic mechanism that allows selected bacteria to resist benzoxazinoids. "This study illustrates how a deep understanding of the impact of plant chemistry on food chains can be used to develop new solutions for sustainable agriculture", says Matthias Erb. "It also shows the power of working together across disciplines and faculties."

Closing the gap between fundamental science and sustainable agriculture

The results of the study are particularly relevant for the biological control of agricultural pests. "We developed an experimental approach that may be used to improve a wide range of biological control agents that rely on microbial symbionts. Such strategies will be essential if we want to reduce pesticide use in agriculture," explains Ricardo Machado. Based on their promising results, the scientists now obtained funding from Gebert Rüf Stiftung to work towards the development of improved biological control agents for field application. "We are very much looking forward to testing our approach in an agriculturally realistic field setting, and, in the long run, to contribute to a more sustainable, pesticide-free crop production," says Machado.