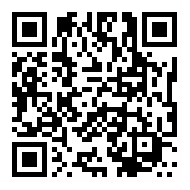 The formulations for agriculture with prebiotic: well-developed capillary root system and high yields

Unless the European Union allows novel breeding techniques such as gene editing in organic agriculture, Europe’s Farm to Fork strategy will likely fail to deliver on its promise of moving towards realizing the Sustainable Development Goals. An international research team, including scientists from Wageningen University & Research (WUR), makes this plea in a paper published in Trends in Plant Science. According to the authors, organic farming and modern biotechnology both have their specific strengths in contributing to the SDGs; combining both approaches could unleash important synergies.

In 2015 the international community defined the Sustainable Development Goals that address the global challenges the world faces, such as Zero Hunger, Climate Action and Life on Land. The European Commission (EC) has committed itself to these goals, which have to be reached in 2030. By implementing it’s Farm to Fork strategy, the EC at the same time wants to boost the development of EU organic farming area with the aim to achieve 25% of total farmland under organic farming by 2030. However, if current European restrictions on the use of new breeding techniques remain in place, this increase will by no means guarantee more sustainability, as a study by scientists from Wageningen (The Netherlands), Bayreuth, Göttingen, Düsseldorf, Heidelberg (Germany), Alnarp (Sweden) and Berkeley (USA) shows.

Organic farming can have a beneficial effect on environmental protection and biodiversity at the local level. However, compared to conventional farming, organic farming also delivers lower yields. Consequently, more land is needed to produce the same amount of high-quality food, but the conversion of natural land into agricultural land is one of the biggest drivers of global climate change and biodiversity loss. "The global demand for high-quality food increases. More organic farming in the EU can therefore result in an expansion of agricultural land elsewhere in the world, which might lead to environmental costs that exceed any local environmental benefits in the EU", says co-author Justus Wesseler, professor of Agricultural Economics and Rural Policy at WUR. In other words: the planned EU increase of organic production may result in less, not more sustainable food systems. The possible synergies between organic farming and agricultural biotechnology.

In their publication in Trends in Plant Science, the authors therefore argue that achieving both the 25% organic farmland goal ánd the SDG’s, is only possible if EU law is changed and the use of modern biotechnology and novel breeding techniques is permitted, in particular in organic production. "This is especially true for gene editing, a new precision tool used in plant breeding", says Richard Visser, professor of Plant Breeding at WUR. "Gene editing offers unique opportunities to make food production more sustainable and to further improve the quality, but also the safety, of food especially in those crops that are cross pollinated and/or vegetatively propagated. With the help of these new molecular tools, more robust plants can be developed that deliver high yields for high-quality nutrition, even with less fertilizers."

In addition, gene editing is used to breed fungus-resistant plants that thrive under organic farming without copper-containing pesticides. Copper is particularly toxic to soil and aquatic organisms, but its use to control fungi is nevertheless permitted in organic farming because of the lack of non-chemical alternatives to date. Visser: "Organic farming and gene editing could therefore complement each other very well and, combined, could contribute to more local and global sustainability."

The authors expect that implementation of legal change is unlikely under current political realities. “Many EU and national policymakers and interest groups seem to prefer co-existence policies, where organic production and modern biotechnology are strictly separated”, says Wesseler.

The researchers hope that improved communication can gradually overcome some deeplyrooted prejudices among policymakers and the wider public. Visser: “Even if it were only for gene editing, because this new technique enables very targeted breeding without having to introduce foreign genes into plants.”