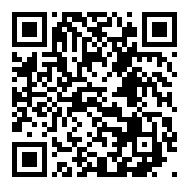 Growth in credit to the agriculture sector rose to a four-year high in FY21, according to the latest data from the Reserve Bank of India. This, as a strong monsoon helped the farm sector remain relatively immune from the Covid-19 pandemic and the ecosystem around the farm sector continued to develop. As of February 2021, outstanding credit to agriculture and allied activities grew 10.2% year-on-year to Rs 12.74 lakh crore, almost doubling from the 5.8% year-on-year growth recorded in February 2020, data from the RBI’s monetary policy report published on April 1 showed.

The rise in agricultural credit growth, according to Barkat Ali, chief general manager for business development-financial inclusion and micro-market at State Bank of India, was helped by a slew of government measures such as the Emergency Credit Line Guarantee Scheme, interest subvention scheme and loan moratorium that kept the agriculture credit growth buoyant.

“While good harvest was the major reason, government measures introduced during the pandemic also helped ease credit flow to the agriculture sector that largely remained unaffected by the lockdown curbs,” he said.

Disbursement to the agriculture sector grew about 5% to Rs 2.10 lakh crore for the country's largest lender.

“In fiscal 2019-20, even though the monsoon was good on an average, it was delayed and unevenly spread,” he said. “This left higher reservoir levels and moisture in the soil, which led to bumper rabi production last year, followed by a good kharif crop due to good monsoon, taking the total output to record high levels.”

The share of agriculture in incremental non-food credit also doubled to 20.4% as of February, compared to 10.4% in February 2020. This, as the share of personal loans fell to 41.7% from 60.6%, while industry credit share fell to 1.1% from 3.1% during the period. Sinha attributed it mainly to the relatively lower impact of the pandemic on the agriculture sector.

“Unlike industrial and retail-focused sectors that got severely impacted due to Covid-19 and the subsequent lockdown curbs, agriculture remained insulated and functioned rather smoothly, which explains why incremental credit to the sector grew while others contracted,” he said.

Apart from direct credit to farmers, there has also been a significant increase in on-lending to agri-focused financial institutions, said Madan Sabnavis, chief economist at CARE Ratings.

“On-lending to non-banking financial companies and micro-finance institutions has also increased significantly as food processing and agri-focused businesses saw an uptick in their production levels,” he said.

In Budget 2021, the government raised the farm loan target to Rs 16.5 lakh crore for fiscal 2022, compared to the Rs 15-lakh-crore target in the preceding year. Along with higher agriculture credit target, additional taxes on the import of some commodities such as edible oils, pulses, gold, silver and alcohol were introduced to boost agricultural infrastructure and crop production in the country.

GR Chintala, chairman at and National Bank for Agriculture and Rural Development, agreed. “The credit flow to agriculture also improved due to higher farm mechanisation, and strong growth in agriculture infrastructure including warehouses and cold storage units, and allied industries like fisheries, dairy and poultry,” he said.