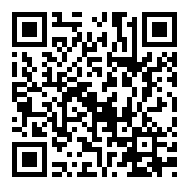 ADAMA Ltd. recently provided an estimate regarding its financial performance for the first quarter of 2021.

ADAMA is expecting to report record-high first quarter sales, with estimated top-line growth of more than 13% (6% in RMB terms), driven by continued robust volume growth in almost all key regions.

The Company is expecting to record strong growth in Asia Pacific, both in China and beyond. In China, ADAMA saw significant growth in the quarter both from its branded, formulated portfolio, which was driven by higher cereal demand due to an increase in field crop planted areas and an early start to the Q2 season, as well as from its sales of raw materials and intermediates. Sales in the country were further bolstered by the inclusion of the Company’s recent acquisition of Jiangsu Huifeng’s domestic commercial crop protection business.

In the rest of APAC, the Company benefited from favorable seasonal conditions to deliver strong growth, despite a slower recovery from COVID-19 challenges in Asia.

In North America, a strong performance from the Company’s Consumer and Professional business drove growth in the region, benefiting from the reopening of the economy after COVID-19 related restrictions in 2020, and more than offset a somewhat softer performance in the US crop protection business.

The Company continues its growth trajectory in Latin America, driven by solid volume growth and good performance from recent product launches in the region, and despite somewhat lower sales in Brazil following a strong end to the fourth quarter there last year.

Sales in Europe are expected to be somewhat lower in the quarter, with growth in the south, where favorable market conditions drove good demand, being outweighed by a slow start to the season in the north and east, especially when compared to Q1 2020 which saw strong orders from distribution in anticipation of the COVID-related shutdowns that soon followed. The Company’s Reported Net Income in the first quarter of 2021 is expected to reflect around $32 million (Q1 2020: $44 million) of net expenses in respect of certain non-operational, mostly non-cash items, including mainly:

Excluding the impact of the abovementioned non-operational, mostly non-cash items, the Company is expecting to deliver the following Adjusted Net Income: Note: The Q1 2020 Adjusted Net Income shown above has been amended from that presented at the time to include additional adjustments in order to consistently reflect largely the treatment of Relocation & Upgrade Program-related costs amongst other adjustments that the Company has deemed non-operational and one-time in nature.

These estimations are preliminary and have not been audited or reviewed by the Company's auditors. These estimations may change, inter alia, as a result of the further processing and analysis of the financial data that the Company will perform for the preparation of its financial statements which will be released on April 28, 2021.