USDA/ARS scientists focus on the future of soybeans 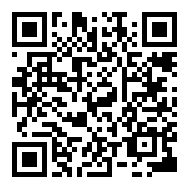 Predicting plant health in the field can be a difficult task, but scientists at the Agricultural Research Service (ARS) are helping soybean farmers in North Carolina by introducing artificial intelligence (AI) to their tool kits.

According to Anna Locke, research plant physiologist with the ARS Soybean and Nitrogen Fixation Research Unit in Raleigh, NC, slow leaf wilting is a reliable indicator that soybean plants may carry a gene that protects them from damages caused by drought stress. That may sound like a simple process, but soybean breeders need a way to evaluate the rate of leaf wilting for hundreds – or thousands – of field plots in a very short time. Low-cost cameras connected to computers monitor leaves in soybean fields to catalogue the effects of drought. (Photo by Anna Locke)

“We are working to automate the process by programming a camera to take pictures automatically, and then training a computer to evaluate the images for us,” Locke said. “This would save researchers a ton of time, because right now we have to walk through the field and visually estimate leaf wilting manually.”

Locke’s role in the project is to help create the training dataset for the machine-learning algorithm.

“In our first try, the AI was about 80 percent as successful as a human in assigning the same rating to a leaf wilting image,” she said. “We are trying to improve that rate by using a larger and more diverse training dataset. Much like people, if the computer has more, and better, examples, it will learn to perform the task better.”

In spite of climate change, American farmers produced 4.14 billion bushels of soybeans in 2020, up 16 percent from 2019. Locke’s project will help researchers develop more drought-tolerant soybean varieties, which will improve and protect a farmer’s bottom line in dry growing seasons and provide more of the protein-rich, environmentally friendly crop to feed the world’s growing population.

“This project focuses on drought stress,” she said. “During a dry period, different varieties of soybean can exhibit different levels of stress, despite having received the same amount of rain and/or irrigation. It is important to improve drought tolerance because water is a big expense for farmers. If farmers can plant varieties that need less irrigation, their profits could increase.”

While Locke’s group focuses mainly on soybeans, research collaborators at North Carolina State University have branched out to other crops, including corn. Although the camera-based technology could be similar, researchers would need to adjust computer algorithms to accommodate the differences in crop types.

The system is affordable, built with low-cost computer chips and cameras.

“It’s been exciting the past few years to see technologies like remote sensing and artificial intelligence brought into agriculture,” Locke said. “Humans have been growing food for 10-12,000 years, and these technologies were only invented in the last couple of decades. We’re poised to make a leap in efficiency and sustainability.” – By Scott Elliott, ARS Office of Communications.