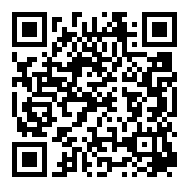 Palmer Amaranth is a high-impact agronomic weed species that has cost the United States agriculture industry billions of dollars since its discovery outside of its native range in the southwestern U.S. and northwestern Mexico. Over the last 20 years, it has moved further north, and now poses a major threat to corn, soybean, and cotton growers across the south and Midwest regions of the United States.

It is not legal to sell any kind of seed in Minnesota if the seed lot contains Palmer Amaranth. The problem is this particular invasive species—which has shown potential to wipe out up to 91% of corn yields, 68% of soybean yields, and 54% of cotton yields— is difficult to visibly distinguish from other pigweed species, making identification reliant upon genetic testing.

In a recent study published in Pest Management Science, researchers from the University of Minnesota’s Minnesota Invasive Terrestrial Plants and Pests Center (MITPPC) and Colorado State University have developed a new test for identifying Palmer Amaranth that is more robust, easier to use, and — most importantly — has shown 99.9% accuracy.

Due to rapid spread of herbicide resistance traits in Palmer populations, the prevention of Palmer establishment is more important than ever. Researchers hope to make the new test technology commercially available to agronomic professionals across the United States by the end of 2021, which can be applied to both individual samples and bulk seed mixes.

"Development of tools and weed seed regulations play important roles, but ultimately it all comes back to the growers,” said lead author Anthony Brusa, a postdoctoral associate in the College of Food, Agricultural and Natural Resource Sciences. “Prevention of Palmer is a team effort. So far, every initial sighting of Palmer in Minnesota was from a grower, and control efforts wouldn't be possible without their help.”

To develop the test, researchers collected samples of Palmer Amaranth and related species from across the United States, as well as Mexico, South America and Africa. They then performed genomic sequencing on these samples and searched for specific genetic differences between species. The targets identified were then used to design a set of three genetic markers for the identification of Palmer DNA against the DNA of related pigweed species. Finally, those tests were validated for performance against the most robust testing panel assembled to date.

"We hope that this will be the first of many molecular diagnostics developed for weed seed testing,” said co-author Eric Patterson, an assistant professor and weed geneticist at Michigan State University. “The gates are open for developing tests for herbicide resistance, seed contamination, and seed bank diversity."

Accuracy for these markers ranged from 99.7%-99.9%, with only one-to-three errors against a panel of 1,250 samples. Bulk seed testing showed reliable detection of Palmer at a level of one Palmer seed in a mix of 200 pigweed seeds. Genetic testing is necessary to identify which seed samples are Palmer Amaranth, and which are not. The newly-developed test is up to 99.9% accurate.

“We believe this has the potential to help prevent Palmer seed from being introduced as a contaminant in pollinator seed mixes, bird seed, and other seed lots sold from areas where Palmer is currently a problem, into areas like Minnesota,” said co-author Todd Gaines, an associate professor of molecular weed science at Colorado State University. “We also see great potential for this to be used to help protect corn and soybean exports by verifying the absence of Palmer in grain sold to countries that won’t accept Palmer-contaminated products.”

In the immediate future, the research team continues to investigate novel approaches for Palmer control, and are currently investigating the potential use of genomic testing to identify Palmer presence in soil seed banks.

“The development of these new markers and their commercialization will provide new options to seed companies labeling seed for sale in Minnesota as well as other industries that may be at risk for introducing Palmer Amaranth via screenings, hay, equipment, or feed,” said Denise Thiede, section manager for seed, noxious weed, hemp, and biotechnology at the Minnesota Department of Agriculture.