Pesticide use in Bangladesh tripled in 10 years 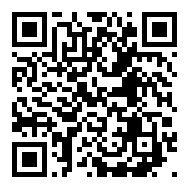 Favorites Print
ForwardShare
Sep. 22, 2010
The use of toxic pesticides by Bangladeshi farmers increased by 328 percent during the past 10 years, posing a serious health hazards on human health due to its long-term residual effect, according to a study released by Bangladesh Rice Research Institute (BRRI) on Wednesday.

The insecticides, being the dominant item, account for 76 percent of the pesticides, and per hectare use of pesticides increase around 598.8 percent and its annual import cost stands nearly at 171.43 million U.S. dollars, ASM Nazrul Islam, principal scientific officer of Agricultural Economics Division of BRRI told Xinhua on Wednesday.

According to the study, the intensity of pesticide use was found especially higher in vegetables in Bangladesh, compared to other countries in the world.

The overuse of pesticides has been identified as one of the reasons for the decline in the overall export of vegetables from Bangladesh, the survey said.

The study said the residual effect of these toxic chemicals on vegetables are likely to create different diseases in human bodies including cancer, skin diseases, hypertension and kidney diseases as its long term effect.

The use of pesticides in vegetables is likely to grow further in the future unless appropriate alternatives, based on integrated pest management approaches, are developed, warned the study.

Source: I Stock Analyst
Click to bookmark and build your agrochemical knowledge base
Print
ForwardShare