Can less be more when tackling herbicide resistance? 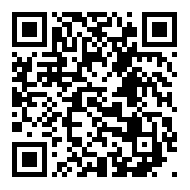 In the past five years, growers across Canada have been hearing more and more about a new weed control mantra. It’s called “doing only what’s necessary.”

Weeds continue to challenge and frustrate in the field, of course, and there are always new issues like resistance in species such as Canada fleabane in the East or kochia in the West. Still, the goal is toward increased diligence and the more precise targeting of weeds where herbicides are applied. Farmers are looking for a solution to glyphosate-resistant Canada fleabane, which is a growing concern. Photo: Supplied

It’s a strategy that makes sense. Using herbicides and fungicides only where and as needed can reduce the threat of resistance and curb any environmental risk. It’s also sensible in these days when farms are under rising public scrutiny.

It can make sense, too, when new technologies are launched that fit with the strategy.

An example may have come from BASF’s acquisition of the proprietary technology for Glu-L, a herbicide developed by Maryland-based AgriMetis. According to the latter company’s literature, Glu-L is actually “an enriched version of glufosinate,” developed to provide “equivalent weed control and better crop tolerance when used at approximately half of the application rate” of other glufosinate products.

In the U.S., Glu-L was tested in 40 efficacy and crop tolerance trials in 15 states. At half the standard application rate for other glufosinate formulations, it was found to provide statistically equivalent control of broadleaf and grassy weeds.

Mark Shillingford, marketing director for BASF Canada, believes Glu-L’s development is a huge opportunity for growers to diversify crop technologies and challenge weed species while answering the call for a more focused approach in applications. He likens Glu-L’s development to the evolution of laundry detergent, which shifted its formulations to more-effective, lower-volume pods and liquids.

The advent of Glu-L is also important because it provides a break in the use of glyphosate products, whether that’s in the Roundup Ready2Yield lines of soybeans or the newer Xtend and Enlist platforms.

As well, Shillingford says that Glu-L will be just as important for those growing canola. In southern Manitoba, he says, there are many growers with heavy corn, soybean and canola rotations, which is why InVigor canola hybrids have been a significant addition to many cropping plans.

“The farmers there are growing InVigor canola, and spraying it with Liberty, then growing Roundup Ready soybeans,” says Shillingford. “They’re switching between the Group 10 and a Group 9 and trying to limit the Roundup applications.” Growers in Western Canada are relying on different options in canola, including a glufosinate-tolerant system. Photo: BASF Canada

BASF made a strategic decision 15 years ago to invest more into research and development to head off resistance in glyphosate-tolerant crops. That move was met with a shrug from those in the industry who believed glyphosate would never fail, but the agricultural world now knows how that debate has turned out. It’s basically “nature always wins.”

“The product that we sell in Canada — called Heat or Eragon (saflufenacil) — was the first such active ingredient to come out of that strategic decision to invest in herbicide research,” says Shillingford. “We needed something to mix in the tank to help glyphosate when it becomes resistant. It’s one of the reasons we continue to innovate and stay ahead or with the weeds.”

Although Liberty is essentially a 24-year-old brand, the conversion process of Glu-L makes it a new product, which means it’s still undergoing efficacy trials in Canada. It has been submitted to the U.S. Environmental Protection Agency (EPA) although the company won’t predict when it might be launched, in the U.S. or Canada.

“It’s being treated like a new active ingredient, so we’re currently going through all the due diligence and consulting with the Pest Management Regulatory Agency (PMRA) to establish the data requirements,” says Shillingford. “More information will come out as we do more trials with the active ingredient.”

In addition to the stewardship components with Glu-L — same efficacy, lower usage rates, adding diversity in crop technologies — there’s also the broader element tied to sustainability, a branch of the agri-food sector that’s just getting bigger.

“There are further-reaching elements of this with regard to the environment,” says Shillingford. “That’s not just from an active ingredient perspective but also thinking about how much product farmers are handling, how much space retailers are taking up on their shelves, even how many trucks are on the road. We formulate and sell millions of litres of Liberty yet I’m sure if you asked a farmer who’s using 864 litres for a section of crop if they’d like to reduce that by half, I’m pretty sure they’d say, ‘Yes!’”