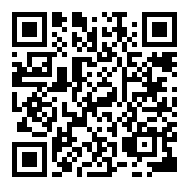 The agrochemical manufacturer UPL announced this month in Brazil that it is preparing the launch of an innovative fungicide, resulting from the combination of three active ingredients: mancozeb, azoxystrobin and prothioconazole, to face “the growing disease challenges of soybeans and the increase in populations of fungicide-resistant fungi with a specific site of action”.

According to UPL, the three active ingredients are “different and complementary”. They promise that this solution against complex soybean disease will reach the Brazilian market in the coming months.

“Without proper management, diseases can cause productivity reductions of up to 70%,” stated agronomist engineer, Fernando Arantes, fungicide manager at UPL Brasil. The new product of UPL aims to help Brazilian farmers to control important diseases, such as Corynespora cassiicola, anthracnose, Cercosporiosis, powdery mildew and Asian rust.

Known to Brazilian farmers, the fungus that causes Asian rust, Phakopsora pachyrhizi, has already caused losses of more than RS150 billion (US$22 billion) to soybean cultivation since it was identified in Brazil 19 years ago, according to the National Union of Plant Protection Products Industry (Sindiveg).

“This new UPL solution is innovative and will contribute to the protection and exploitation of the maximum yield of the crop, providing practicality and flexibility of application, with use indicated for different moments of the cultivation cycle. Another benefit is its exclusive green effect. The technology results in greener and healthier plants, increasing the quality of soybeans,” Arantes said.

The fungicide is being tested in 68 production areas spread across Brazil. After the fulfilment of each legal step and the authorization for use, the solution will be available in all Brazilian states, through partner distributors of UPL, a company that has one of the best territorial reaches in the market.