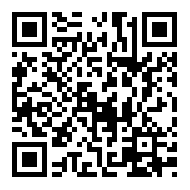 On 7th February, 2021, phase II of a pesticide technical project launched by Qingdao Hengning Biotech Co., Ltd., a subsidiary of Hailir in China, was endorsed by the local industry administration, marking another step forward in the project’s progress.

Phase I of the project covering diafenthiuron, chlorfenapyr, difenoconazole and propiconazole was previously approved by the Qingdao Municipal Bureau of Ecology and Environment on 28th December, 2020, marking the commencement of the construction of Hailir’s 40,000-ton agrochemical and intermediate project.

The project is being implemented in accordance with the operational and management concepts of multinational companies, in line with international design standard. It was also designed to utilize advanced equipment, a continuous production process, automated operations, and the clean-running of workshops in a green plant area, with the aim of achieving a 10-year industry leader status in terms of civilized, smart and green production activities, which will establish a solid foundation for Hailir’s long-term sustainable development in producing pesticide technicals and pharmaceutical intermediates. A bird's eye view of the 40,000-ton agrochemical and intermediate facility of Qingdao Hengning Biotech A bird’s eye view of the production workshop and office building of the 40,000-ton agrochemical and intermediate facility of Qingdao Hengning Biotech