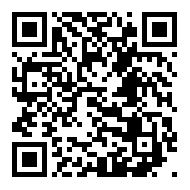 Heranba Industries manufactures intermediates, technicals and formulations and is one of the leading domestic producers of synthetic Pyrethroids. The agrochemicals company exports in over 60 countries. The exports account for 40 per cent of its revenues. Domestic pyrethroid manufacturers, including Heranba Industries, are expected to benefit from China’s crackdown on pollution which has led to the closing of many chemical plants. The Pyrethroids market in India is projected to grow at a CAGR of 8.5% in 2020-25, reaching a production volume of 25,398 tonnes by 2025.

On the bumper listing of the stock, after the company brought its Initial Public Offering (IPO) in February, Raghuram Shetty, the Managing Director (MD) and one of the promoters of Heranba Industries said that Heranba Industries received a tremendous response from the investors. The MD said that the company has been able to do well despite the impact of the Coronavirus. He said that agriculture was one sector which was not hit from the pandemic and this helped in the growth of the company. He said that the company expects to end this financial year on a high note.

Shetty said that the company has grown at 18-20 per cent over the last 2-3 years and this has entirely been achieved from internal accruals of Heranba, he said. No outside funds have been taken by the company to support this growth, he further said.

He said that the two units are working at 90 per cent capacity utilisation and there is scope to do more, he said. The company is planning to increase its capacity.

On R and D

He said that Research and Development requires infrastructure and manpower. He said the apart from the R and D, people are separately involved in the research activities in company’s regular works. The research and development work is happening in all its three units, he further said. The company is planning to install a pilot plant in one of the units. The expense and investments is set to rise, going forward, he concluded.