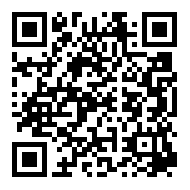 Chemicals are a crucial part of our lives these days. Almost everything that we use today, has some amount of chemical contributions to it. From cosmetics to various other beauty products, chemicals have always found a way in the production processes. It is not very shocking to know that chemicals are also used in some of the production of the electronic goods as well. The total manufacturing GDP of the economy has a 17% share of the chemical industry alone. More than 80,000 chemicals are produced in the nation for a variety of purposes. Chemical industries also engage themselves in the production of ammunitions, fertilizers, paints, perfumes and a many more. With so many efficient chemical producing companies, it might also get challenging for the customers to select the best.

Therefore, given below is a list of the top 10 chemical producing companies.

Established in 1938, Tata Chemicals, operating in both basic and speciality chemistry, is the leading chemical company in the nation. Headquartered in Mumbai, the company also has an overseas control in Africa. In Asia, the company has the largest saltworks and it provides chemicals to a variety of industries like pharma, detergents, bakeries etc. it is the 3rd largest soda ash manufacturer in the world and the 6th largest sodium bicarbonate manufacturer in the world. Indias first and the only nutritional science business- Tata NQ is a contribution to the company’s special chemistry innovations. The company also produces an extensive range of fertilizers, biofuels and spices.

Founded in 1959, it is an Indian manufacturer of chemicals. The company, set up by Balvant Parekh also sells construction and industrial chemicals along with art materials. The company started off by selling a single product, fevicol and has reached heights today. Pidilite is among the top gluestick selling companies in the country.

Owned by the government of Gujrat, this is a Gujrat based company established in the year1973. The company has an environment-friendly membrane cell technology after having discovered the pollution caused due to mercury. The company also manufactures Special Chlorine Derivatives Group, Caustic Potash Group, Sodium Chlorate Group and several other products.

BASF, a German-based company is a second-largest company in the world for the production of chemicals. The BASF India has been aiming at the development of the nation for almost 127 years and celebrated flagship ownership of an association of 75 years in the year 2019. All its products include high-quality materials that lead to the efficient services provided by the company. Under the sub-branch of the chemical producing segment, the company also provides a variety of other things like industrial gases, cracker products, alcohols and solvents. The company also works in the resource category and energy.

Headquartered in Mumbai, India, United Phosphorus Limited (UPL) is an Indian Multinational Company. Along with providing crop protection solutions, the company is also involved with the manufacturing and production of chemical intermediates, market agrochemicals and industrial and speciality chemicals. By its technologies like anti-stress technology, the company facilitate the crop development potential.

Founded by Mewar Mills & General Mills Ltd., in the year 1946, is recognised nationally for the manufacturing and development of agrochemicals. It is one of the largest sellers in the segment of granular formulation in the country. The company also produces insecticides, vermicides, fungicides along with some Humesol like products of speciality. The company has managed to make a big name for itself in the chemical production sector with its efficient employees.

Growing up from a single site manufacturer to a huge company manufacturing explosives worldwide. It was founded in the year 1995 by Shri Satyanarayan Nandlal Nuwal. The company has also proved its efficiency is the sector of defence and ammunitions. The company has emerged as the top among the chemical companies in the nation competing alongside it.

Headquartered in Mumbai, India, Aarti Industries ltd. was founded in 1975. A leading manufacturer of pharmaceuticals and chemicals.

Primarily known as Coromandel Fertilizers, the company is the second-largest phosphatic fertilizer manufacturer in the nation. The company provides speciality nutrients, retail, fertilizers, crop protection among many others. It assists the farmers in managing a balanced nutrient soil and other assistance that it needs for itself.

Primarily known as Atul Products, Atul Ltd was opened in 1947. It is headquartered in the Atul Village of Gujrat. Its business segments involve bulk chemicals and intermediates, crop protection retail, polymer performance, crop protection bulk actives and a lot more which has also helped it attain a recognition at the international level as well. Source: INVENTIVA
Click to bookmark and build your agrochemical knowledge base
Print
ForwardShare