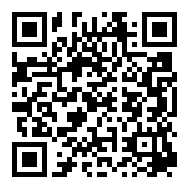 The Portuguese agrochemical company Ascenza (formerly Sapec Agro) revealed exclusively to AgroPages about the launch in Brazil of the multi-site protective fungicide Cuprital 700.

With copper oxychloride (Cu+2) in high concentration as an active ingredient, the product is recommended for controlling Asian rust (Phakopsora pachyrhizi), which causes damage of up to 90% in Brazilian crops.

Cuprital 700 also has a bactericidal action and aims to reduce the risk of developing resistance from pathogens that cause the disease, always in a preventive way. According to the manufacturer, the product acts on different points of the fungus to impact the resistance of these organisms.

The brand's Commercial Director in Brazil, Renato Francischelli, highlighted the fact that the novelty is totally differentiated and with high technology used in its formulation. “Cuprital 700 has three major exclusivity points: liquid formulation with concentrated suspension, high metallic copper content, 700 g/L, and it is toxicologically classified as category 5 - Improbable Product to Cause Acute Damage, that is, among the products based on Cu+2 in WG and SC formulations, it is less toxicologically restrictive,” he pointed out.

The copper oxychloride concentration of the launch is 1,196.8 g/L, which is equivalent to 700 g/L of metallic copper, making Cuprital 700 the fungicide in this line with the highest concentration of the mineral in Brazil. This results in a lower dose per hectare, benefitting the producer in handling, dosing and disposing of packaging. The product can also be applied in mixtures with specific site fungicides.

The Concentrated Suspension (SC) on which the product was developed facilitates its dilution at the time of application, even in smaller volumes, maintaining the essential characteristics of copper, thus delivering more efficiency, and practicality when the syrup is prepared and when applied.

Cuprital 700 can be used as a risk mitigation tool protecting the crop from the emergence of populations of pathogens resistant to specific action fungicides. Since 2015, Ascenza has been testing the product in trials nationwide and with different research institutions.

One of these works was developed by Embrapa in the 2018-2019 harvest. In the experiment for isolated copper-based products, with a 14-day interval between applications, the control of Cuprital 700 reached 33%, while one of the other treatments reached 30%. Already 10 days apart, that number is 56% for Cuprital 700 and 42% for one of the witnesses. With a 14-day interval between applications mixed with Metominostrobin + Tebuconazole, the product reached 64% control in the fungus, while the highest rate of other treatments was 59%.