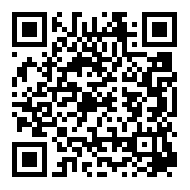 This article is edited from an industry report by DJI

In the special year of 2020, China achieved doubled digit growth in the development of its crop protection industry. In 2019, the annual cumulative sales of crop protection UAVs reached 30,000 units, while in 2020 the annual cumulative sales reached 60,000 units. Accordingly, the total number of crop protection UAVs in use is estimated to have reached 110,000 units, covering service area of one billion Mu of land. With the breakthrough in the coverage of more than one billion Mu, agricultural drones have developed from an earlier experimental application product into a means of common agricultural production.

Under the circumstances of continuous growth of agricultural drone applications, the unit price of crop protection continues to decline. Taking the eastern region of Heilongjiang, which has the largest volume of applications in China as an example, in the five years from 2016 to 2020, the unit price of crop protection declined from Yuan8 / Mu to Yuan2.5 / Mu. The reduced unit price of application had been conducive to the expansion of market volume in the early stage, but with the price falling and bringing down the cost, the income of the business practitioners was seriously affected, which accelerated the changes that were taking place in the industry.

Crop protection UAVs have become a standardized farming tool in some Chinese regions. An example is in Jiansanjiang Region, which is a highly mechanized farming region, which indicates that agricultural drones have served 90% of the rice fields in the region.

The crop protection UAV is a low-capacity spraying application, in which droplets are mostly between 100 and 200 μm, which is prone to drifting and evaporation when flying at certain heights. In the meantime, not all pesticide agents are fit for aerial applications because of the restraint of the higher concentration of pesticide liquids. For the above two reasons, while considering the inadequate professional level of drone operators, work safety problems occurred frequently.

Common problems include the following:

For the sake of safety, in April 2020 DJI allied with 12 enterprises to jointly initiate an action plan - the Safe Aerial Application Proposal, which organized centralized online safety training workshops to ensure safe implementation of aerial applications. In 2016, there were more than 200 manufacturers in China, large and small. At present, after five years of competitive business operation, most of them have disappeared or transformed to other industry sectors. The crop protection UAV industry is a lively explanation of the 80-20 Rule, showing that the top two manufactures are dominating 80% of the market.

After the pilot run in 2017, China’s major agricultural provinces, except Liaoning, Hebei, Shanxi and Hainan, have provided crop protection UAVs with subsidy policies, but at different subsidy levels, where the amount of a subsidy for a UAV model of above 15L ranges from Yuan10,000 to Yuan25,000.

3. The personnel change of practitioners deeply affecting the pesticide industry

In general, Chinese agricultural practitioners are lacking professionalism and higher education, which is also a common problem existing in the field of pesticide aerial applications. At the same time, agricultural drone pilots in earlier stages were generally short of agricultural knowledge, which made operations to be lacking professionalism. However, the positive side is that with the matured market and the gradual price decline, the proportion of drone operators with agricultural knowledge has increased rapidly. Meanwhile, some crop protection work teams have successfully transformed into agrotechnical service providers who are truly rooted in agriculture.

(3)Significant increase of proportion of practitioners with agricultural knowledge

With the increase of the proportion of aerial applications, large numbers of pesticide applications are no longer carried out by farmers, but by crop protection work teams or agricultural service providers.

This has had various important influences on pesticide production:

(1)On their own initiative, pesticide manufacturers have begun to positively develop water-based formulations which are fit for aerial applications.

In China, higher levels of aerial applications cover Jiansanjiang Region in Heilongjiang Province, Xinjiang Production and Construction Corps Area and the Jiangsu Agricultural Reclamation Area; Medium level applications include the provinces of Shandong, Henan and Anhui, which have smaller per-capita areas, but better topography; Yunnan, Guizhou and Guangxi are in the lower level of aerial applications, for reasons of topography and per-capita cultivated land.

2. Segmentation of demand for aerial applications

(1)In small land plots where no seeding is demanded, the load type of machines is not specifically required.

(2)The crop protection UAV is fit for high stalk crops; therefore, the proportion of maize CCC (against lodging) applications have increased.

In the southern provinces of China, because of the existence of field crops and fruit trees concurrently, the demand for agricultural drones is significantly different.

(1)The field crops grow in small land plots and are decentralized; therefore, crop protection UAVs are required to be of proper portability.

(2)In the citrus and tropical fruit tree area, because of the luxuriant foliage and the height conditions, higher spraying volume is required to improve operation effectiveness and efficiency, therefore heavy-duty machine types are required.