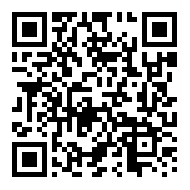 Glyphosate: A timeline of a pesticide's rise and legal cases

The resistant biotype was reported by an agronomist in the Albany port zone, who noticed capeweed that was not being controlled by glyphosate applications.

AHRI Research Associate Yaseen Kahlil, who is based at The University of Western Australia, says capeweed seeds were collected from the site and seedlings screened for resistance in Perth, with glyphosate applied at a label rate of 540 grams of active ingredient per litre. “We recorded survival rates four times higher than susceptible control populations, which were collected from six non-agricultural sites across the WA grainbelt,” he says.

“Seed from the survivors was subjected to glyphosate dose response testing and this second generation exhibited a resistance level 13 times higher than the control population.”

“The good news is that a paraquat-diquat mixture herbicide (Syngenta Spray.Seed® 250) was 100 per cent effective against this resistant population, so there is a control option,” Dr Kahlil says.

Capeweed (Arctotheca calendula) is widespread across all grain growing regions of Australia. It competes for water and nutrient resources and the large, flat plant can inhibit crop emergence.

Seven to 90 capeweed plants per square metre have been demonstrated to reduce grain yield by 28 to 44 per cent respectively in wheat crops.

Dr Khalil says capeweed is a prolific seed producer with a persistent seed bank that will germinate under a wide range of conditions, making it extremely hard to control.

“No other glyphosate-resistant populations have been reported, however they probably already exist,” he says.

He says growers should also practice an integrated weed management program based on the WeedSmart ‘Big 6’:
-Rotate crops and pastures
-Double-knock to preserve glyphosate
-Mix and rotate herbicides
-Stop weed set by including crop topping, patch management and cutting hay in the pasture phase
-Use crop competition with wheat, barley and especially oats.
-Harvest weed seed control (HWSC), which is also one of the ‘Big 6’ strategies, is not considered effective for controlling capeweed due to the weed’s lack of height and significant seed dispersal.

The Australian Herbicide Resistance Initiative is a GRDC initiative whose mission is to research, develop and communicate innovative herbicide resistant weed science and technology.