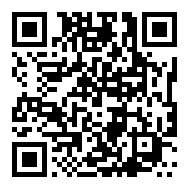 That is according to new trials findings from Syngenta, which show some of the highest yields were achieved when the fungicide was applied in a water volume of 100l/ha, as well as at a sprayer speed of 16km/hr. Yield increases of up to 2t/ha were observed.

The first part of the work measured spray retention on different layers of the crop canopy, together with resulting yields, when 1.8l/ha of the fungicide was applied at a range of water volumes at the T1 and T2 spray timings, using conventional flat fan nozzles.

"Results showed 100l/ha as the best water volume to use with these conventional nozzles at 12 km/hr, both in terms of spray deposition on the main parts of the canopy and maximising yield,” says Syngenta application specialist Tom Robinson.

Yields were also higher where the 100l/ha spray volume was used at T2. There was some indication the higher volumes tended to put more spray on the bottom part of the canopy, but this did not seem to correlate with yield, says Mr Robinson.

Syngenta also tested use of its specialist Amistar nozzle and conventional nozzles at a higher forward speed of 16km/hr and a water volume of 100l/ha.

"As we’ve found with other fungicides, this faster speed and the Amistar nozzles both worked very well, giving among the highest yield responses seen in the trials,” says Mr Robinson.
View More