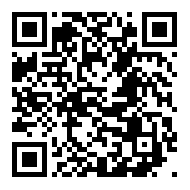 After months of negotiations, the German Ministry for the Environment and the Ministry of Food and Agriculture on Wednesday reached an agreement on measures to protect insects in the country.

The draft law, which was approved by the German government on Wednesday, aimed to put more biotopes under protection, according to the Ministry for the Environment. Species-rich grassland, orchards and stone walls would be protected by law, as these places were "particularly important for insects."

"Humans cannot live without insects," said German Minister for the Environment Svenja Schulze in a statement. "For the pollination of fruit alone, mankind would have to spend enormous sums if there were no insects."

The containment of "light pollution" was also an important issue in the new regulations because nocturnal insects were often attracted by artificial light sources. According to the Ministry for the Environment, the draft law set a basis for "severely restricting" the operation of sky beamers due to their significant adverse effects on wildlife and for prohibiting the use of electric insect killers outside.

The German Farmers' Association (DBV) criticized the insect protection plan, noting that despite various modifications, the resolutions were "still insufficient."

In a separate law, the use of glyphosate in Germany will be severely restricted before a complete ban by the end of 2023, according to the Ministry of Food and Agriculture. The use of numerous other pesticides would also be banned in protected areas, for example at the edges of water sources.

Friends of the Earth Germany (BUND) welcomed the measures adopted by the German government.

"Every kilo of pesticide saved, every pesticide-free square kilometer of land and every light source avoided are positive for insects and nature. The final phase-out of glyphosate agriculture also points in the right direction," said BUND chairman Olaf Bandt.