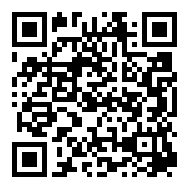 The pesticide sales of several multinational giants, such as Bayer, Syngenta, BASF, Corteva and FMC, as well as a group of Japanese pesticide innovation companies, account for more than half of global pesticide market sales. These companies have prioritized product research and development, always promote the launch of new products, and unremittingly increase the market share of their existing products. Their best-selling products, new products, and products in development are worthy of our attention. Afidopyropen (Common Name: afidopyropen; Trade Name: Inscalis; Development Code: ME5343; CAS REG. NO.: 915972-17-7) is a pyropene insecticide jointly developed by Japan’s Kitasato Institute and Meiji Seika Pharma Co., Ltd. through fermentation of the fungus, penicillium coprobium. In 2010, BASF obtained the right to develop and commercialize the product in the global market, except in Japan, Taiwan (China) and South Korea.

Afidopyropen makes insects lose their coordination in terms of center of gravity, balance, sound, position and movement, by interfering with the regulation of the transient receptor channel complex of insect vanillic acid. Therefore, they cannot feed, will become dehydrated, and eventually die of starvation. With high-efficiency and broad spectrum, non-systemic, long-lasting and osmotic features, it is widely used on cash crops, such as fruit trees, vegetables, ginger and grapes, as well as on field crops like cotton, potato, soybean and grains, and on ornamental plants, to prevent and control pests with piercing sucking mouthparts, including aphids, whiteflies, mealybugs, scale insects, psyllids and leafhoppers. Afidopyropen is flexible to apply and suitable for foliar treatment, seed treatment or soil treatment.

Afidopyropen was first registered in Australia in 2018 and entered the market in Australia and India in the same year. It has also been registered and marketed in the United States (US), Canada, China and other countries. Its annual peak sales are expected to reach US$500 million.

Broflanilide (Common Name: Broflanilide; Trade Name: Tenebenal; Development Code: MCI-8007 and BAS 45006I; CAS REG. NO.: 1207727-04-5) is a bisamide insecticide developed by Mitsui Chemicals, Inc. Regarding the joint development of this compound, Mitsui Chemicals and BASF signed an exclusive global development agreement. Broflanilide has a novel mechanism of action, which is different from phthalamide insecticides, such as chlorantraniliprole. It is included in Group 30 by the Insecticide Resistance Action Committee (IRAC) and is a unique compound in this group.

Broflanilide has no cross-resistance with existing insecticides and can be used for insecticide resistance management (IRM), to prevent and control pests that are resistant to existing insecticides. It also has an excellent effect in terms of controlling many problematic chewing pests, including caterpillars and beetles that infest specialty crops and row crops, as well as non-crop pests, such as termites, ants, cockroaches and flies. In addition, the product has a potential effect on grains, can be used as a seed treating agent to control nematodes, and applied to leaf surfaces, suitable for leafy and fruiting plants, potato, soybean, cotton, corn and beans.

Through the concerted efforts of Mitsui Chemicals and BASF, broflanilide is being rapidly registered globally. Due to its unique mechanism of action and excellent product performance, it has broad market prospects, and its annual peak sales are expected to reach US$850 million. As a non-fumigation nematicide for broad-spectrum, systemic seed treatment, this product is used to effectively prevent and control heterodera glycines, root-knot nematodes, rotylenchulus reniformis, as well as ratylenchus zeae, root-knot nematodes and needle nematodes, along with cotton rotylenchulus reniformis. Tioxazafen SC has low water solubility and remains in the root for a longer period of time, with a lasting period of up to 75 days. It can also prevent and control two generations of nematodes. The product has been registered in some countries, such as the US and Canada, and its annual peak sales are expected to reach US$700 million.

Mefentrifluconazole (Common Name: mefentrifluconazole; Trade Name: Revysol; CAS REG. NO.: 1417782-03-6) is a triazole fungicide developed and launched by BASF. Like other triazole fungicides, mefentrifluconazole is a C14-demethylated inhibitor (DMI) in sterol biosynthesis, but its unique isopropanol group in the molecule enables it to rotate flexibly in a free state and firmly bind to the target site to form a complex state, offering an excellent prevention effect. In addition, it can also inhibit the transfer of septoria strains and reduce the mutation of pathogens.

Relying on its selectivity and systemicity, mefentrifluconazole can protect, treat and eradicate with a quick and long-lasting effect. By virtue of its advantages, such as broad spectrum and high efficiency, it can prevent and control many fungal diseases and has significant biological activity against a series of refractory diseases, such as Septoria tritici and rust, as well as diseases caused by Septoria spp. in wheat, Ramularia spp. in barley, sheath blight and ear rot in rice, Venturia inaequalis in apple trees, and Molinia and Monilinia spp. in stone fruit trees and apricot trees, Erysiphe necator in grape vines. It is also effective against diseases caused by Alternaria spp. in potato and nut trees, Cercospora spp. in corn and soybean, and brown spot in sugar beet. The product can also prevent and control resistant pathogenic bacteria, even fungal diseases resistant to DMIs.

Mefentrifluconazole is suitable for more than 60 varieties of crops, including field crops, such as grain, rice, corn, soybean and potato, as well as cash crops, such as fruit trees, vegetables, rape, green peppers, grapes and coffee, and specialty crops, along with lawns and ornamental plants. It can also improve vitality, yield and quality of crops, either by leaf spray or seed treatment.

Mefentrifluconazole is in the process of being registered in more than 60 countries for use on over 40 varieties of crops, and has been registered in South Korea, Colombia, the European Union (EU), the US, Canada, Australia, China and other countries and regions. In 2018, it was first registered and marketed in South Korea before entering the market in China in 2020. Its annual peak sales are expected to exceed EUR1 billion. In 2016, pydiflumetofen was first registered in Argentina before its launch in 2017. So far, it has been registered and marketed in more than 30 countries, including the US, Canada, South Korea, Australia and China, and is used in more than 100 crops to control over 30 diseases. In 2018, its global sales total was US$40 million, and its annual peak sales are expected to exceed US$1 billion.

Halauxifen-methyl (Common Name: halauxifen-methyl; Trade Name: Arylex; Development Code: XED-729; CAS REG. NO.: 943832-60-8) is the first arylpicolinate compound developed by Dow AgroSciences, now Corteva. As a synthetic hormone herbicide, it has a unique way of binding with receptors. Specifically, its target site is different from other similar herbicides, and its affinity with the sites is closer, especially tightly binding with AFB5, greatly reducing dosage and ensuring higher weeding speed. In addition, it has no cross-resistance with other herbicides and can effectively prevent and kill resistant weeds.

Due to its broad-spectrum, quick-acting, long-lasting, fast degradation, low volatility and slight toxicity features, halauxifen-methyl is safe for use on after-reap crops. Once applied, it is absorbed through stems, leaves and roots. The product is suitable for wheat, barley, oats, rye, triticale, soybeans, and Brassica plants, to prevent and kill a variety of broad-leaved weeds, noxious weeds, and resistant weeds, such as flixweed, shepherd's purse and cleavers. In order to improve the safety of the product, it is often used in combination with a safener, such as cloquitocet-mexyl.

In 2014, halauxifen-methyl was first registered and launched in China. So far, the product has also been registered and marketed in the countries and regions, such as Canada, Argentina, Australia, the EU, the US, Italy, and the United Kingdom. Its annual peak sales are expected to exceed US$600 million.

Bixlozone (Trade Name: Overwatch; CAS REG. NO.: 81777-95-9) is a revolutionary herbicide from the R&D Pipeline of FMC. Overwatch is a Bixlozone 400g/L suspending agent. As a pre-emergence herbicide, it is used to prevent and kill grassy weeds and broadleaf weeds in fruit trees, vegetables, cotton, rice, soybean, barley and wheat fields. It is also safe to use on soybeans.

Bixlozone and clomazone were launched under the same patent in 1981, and their activity and mechanisms of action are similar. FMC only developed clomazone at that time, but now bixlozone is also officially commercialized. Completely registered in Australia on 7th April, 2020, Bixlozone will enter the market in the winter planting season of 2021.

This is the first appearance of bixlozone in the rest of the world. After its launch in Australia, Overwatch® will continue to expand its global presence. As planned, it will be launched in Europe in 2023, in Asia after 2023, and in Brazil after 2025. According to FMC’s estimates, its peak sales total can reach US$500 million.

This article was initially published in AgroPages ‘Annual Review 2020’ magazine. Download it to read more articles.