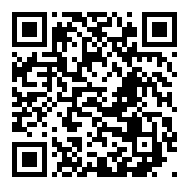 Shandong Province holds 6% of China’s cultivated land and 1% of fresh water, producing China’s 8% of food grains, 11% of fruits, 12% of vegetables and 13% of aquatic products.

Shandong has intensively implemented the food strategy of “storage of grain in farmland in technology”. In the past five years, 61.13 million Mu (4 million hectares) high standard farmland has been built, the grain output of Shandong Province has reached more than 50 billion kilos for seven consecutive years.

The results of fine seed cultivation are remarkable. The contribution rate of agricultural scientific and technology in farming practices in Shandong Province has increased from 61.8% in 2016 to 64.56% to date.

Facility agriculture has been booming. Beginning from ordinary greenhouse to intelligent greenhouse using more than 100 patented technologies, the vegetable planting technologies in Shouguang’s greenhouses have evolved and developed for seven generations, which are applied to more than 20 provinces and cities in China. In every minute in average, more than 8,000 kilos of vegetables are sold from Shouguang city to the whole world.

Yantai’s Genghai No.1 intelligent large-scale ecological marine ranch platform, which integrates intelligent fishery, research and development, sightseeing and popular science education, is capable of production of 150,000 kilos of fish while accommodating 50,000 tourists per year. So far, Shandong has built 79,000 hectares of marine ranch, having generated an economic income of Yuan250 billion in 2020.