Glyphosate price rising due to raw material price rise, purchase orders to Chinese manufacturers wait to be served till March 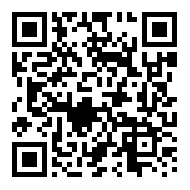 Analysts say that the current round of pesticide’s price rise for the second time, on top of the existing high price level price, is mainly attributable to the pressure of continuous price rise of raw materials. In addition, due to the pandemic impact over recent time, some pesticide enterprises are running under lower capacity, leading to limited supplies to the market. Also, it is now the preparation period for spring ploughing, downstream manufacturers have increased stocks of pesticide technical, therefore the supply of pesticide technical on the market appears short.

To this end, a pesticide manufacturer in Anhui Province expresses that there are two factors for the price rise. One is the price rise of upstream raw materials, whilst the other lies on the plentiful incoming purchase orders, which will sustain productions till the end of this March. For this reason, the price rise is expected to still continue.

In 2020, there have been a price rise for twice on herbicide, insecticide and fungicide. Taking glyphosate as an example, its first-time price rise happened during the pandemic outbreak at the beginning of the year of 2020. At that time, glyphosate rebounded from the sharp decline in the second half of 2019. The price rise at that time was mainly due to the shortage of raw materials resulting from the pandemic and the insufficient supply due to the logistical outage. The second-time price rise happened in August this year, when floods forced suspension of productions in Leshan Fuhua and Sichuan Hebang, where the glyphosate supply of the two enterprises at that time accounted for 27% of the total of the country. After the shutdown, the glyphosate supply declined sharply.

Two thirds of the global production capacity of glyphosate are stationed in China, of which 80% are sold abroad. Since the end of last year, due to the optimistic agricultural market forecast and the enthusiasm for planting, the planting area of agricultural products has increased, which has resulted in an increased demand for glyphosate; also, there are plentiful purchase orders for export. Moreover, domestic trade demand boomed at the end of last year, the formulation enterprises appeared a little more positive to purchasing of technicals, thus glyphosate’s downstream market situation appears good, which to certain extent backs up the price rise. At the same time, the foreign pesticide business competitor’s output is limited as being greatly affected by the pandemic. While demand increases, price rise could happen in domestic pesticide market.