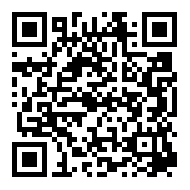 On 11th January, Xingfa Chemical Group issued an anticipated performance growth announcement, expecting to achieve a net profit attributable to shareholders ranging from Yuan605 million to Yuan665 million in 2020, a year-on-year increase of 100% to 120%.

After deducting non-recurring profit and loss, the company expects its net profit to range from Yuan620 million to Yuan680 million in 2020, a year-on-year increase of 110% to 130%.

As for the reasons for this growth, Xingfa Chemical Group said that Yidu Chemical Co., Ltd., a wholly-owned subsidiary of the group, successfully made a breakthrough in the wet process phosphoric acid refining process, which has enhanced the start-up stability of its annual 100,000-ton wet process phosphoric acid refining unit, resulting in an obvious increase in refined phosphoric acid production output and a significant increase in profitability, while Hubei Xingrui Silicon Materials Co., Ltd., a wholly-owned subsidiary of the group, completed its organosilicon technology upgrading and began operating in the third quarter of 2020, increasing its annual organosilicon monomer capacity from 200,000 tons to 360,000 tons. As a result, unit production costs decreased significantly and the synergist effect between the production of organosilicon and glyphosate further improved.

Organosilicon and glyphosate are the primary sources of revenue of Xingfa Chemical Group. In the first three quarters of 2020, the total revenue from glyphosate, organosilicon (DMC) and the silicone 107 glue exceeded Yuan3 billion, accounting for over 50% of total revenue.