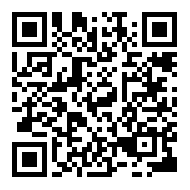 Pesticide and agrochemical makers have sought a reduction in the GST in the Budget to spur the use of crop protection chemicals by farmers in the country.

The Pesticide Manufacturers & Formulators Association of India (PMFAI) has suggested reducing GST on pesticides to 5 per cent from the present 18 per cent in line with other agri inputs such as seeds and fertilisers.

PMFAI is an industry body consisting of over 200 small, medium and large scale domestic pesticide manufacturers, formulators and traders.

Further, PMFAI has also made a pitch for raising duty drawback on exports of pesticides to 13 per cent from the current 2 per cent. Also, it has suggested an increase in customs duty on imports of finished pesticide formulations or chemicals to a minimum of 30 per cent and on technical grade products to 20 per cent to protect the domestic manufacturers.

In its representation to the Fertiliser Ministry, PMFAI has also suggested that the Government extend financial support and other development assistance in the Budget for developing technologies for intermediates and technical grade pesticides indigenously under the Make in India programme.

“The GST reduction will help bring three-fourth of the total farmers in India, who are outside the ambit now, protect their crops without causing any substantial loss to the central exchequer. This will help farmers harvest crops with minimal loss and secure better returns too,” said Pradip Dave, President, PMFAI, in a statement.

Since agriculture is the only sector that has shown resilience and growth of 3.5-4 per cent in the last quarter, it calls for a special focus and support, PMFAI said.

CropLife India, which represents R&D-driven agro chemical firms, feels that the GST should be lowered to 12 per cent as it would help reduce the prices of crop protection chemicals for farmers. CropLife said that the Budget should provide a 200 per cent deduction on R&D expenses by pesticide companies to promote local innovation, Make In India and provide new technology to farmers. The Government may consider this for units that have a minimum fixed asset of ₹50 crore and incurring expenses of ₹10 crore.

“If India has to become a global hub for supplies, the Indian regulatory processes must comply with the global regulatory ecosystem. We urge the Indian Government to implement a science-based, progressive and predictive regulatory regime, for the sector to achieve its true potential,” Asitava Sen, CEO, CropLife India, said.

Further, CropLife also suggested that the Government should allow companies to adjust input credit of one state against the tax payable situation in another state as GST is a central levy.