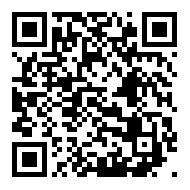 A bright spot, emerging at the end of a year defined by record unemployment and hardship.

A major investment in the City of Midland could be good news for the entire region. The project in question, centered in the Dow Michigan Operations Industrial Park, promises big money and hope for the future.

“This is a very nice investment.”

Agriculture giant Corteva recently announced it would pour hundreds of millions of dollars into new investments in Mid-Michigan, massively expanding the footprint of its Midland campus.

At the end of a turbulent year, Midland Mayor Maureen Donker sees the project as a silver lining.

“It’s been a tough year,” she said. “We’re very excited about this… we’re excited that they’re here and that they have chosen Midland.”

The Wilmington, Delaware-based company’s estimated $235-million investment will include $45-million in real property and in excess of $180-million in other manufacturing related costs. A Corteva spokesperson told ABC12 Friday that number was still in flux. It includes the cost of a new fermentation building, processing facilities and rehabbing existing buildings. The money would also allow them to retain more than 40 local jobs.

Corteva, a spinoff created when Dow DuPont splintered in 2019, manufactures agricultural products. The expanded operation will produce an organic pesticide used to treat for mealworms.

Midland City Council voted Monday to green light a 50/50 tax break for the real property portion of the project. Under the abatement, Corteva would shed $1.8-million from its city tax bill while still generating the same amount in new money for Midland over a 12-year span.

“It’s been a long-term relationship with the city and agriculture business here in Midland,” Donker related. “This kind of investment, I think, cements the fact that they’re going to probably be here for a while and that is what is really exciting.”

Corteva confirmed to ABC12 construction was already underway. They expect the project to wrap up in early 2022.

Source: WJRT
Click to bookmark and build your agrochemical knowledge base
Print
ForwardShare