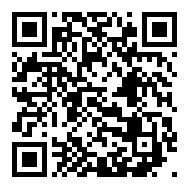 Anhui Bayi Chemical Co., Ltd, the largest manufacturer of nitrochlorobenzene in China shut down on December 28, 2020, after it was found to be allegedly producing hazardous chemicals despite the rejection of its application for renewal of its license, which had expired on November 6, 2020.

A day after the report appeared, Bengbu Emergency Management Bureau sealed the material inlet of Bayi Chemical’s production facility. At present, the company is only allowed to dispose of its stock materials, and once that is completed the facility will be demolished.

According to Bengbu's “move into industrial park” program, Bayi Chemical's old plant should have been shut down by the end of 2020. However, due to the impact of the pandemic, the new plant of Bayi Chemical located in Mohekou Industrial Park in Bengbu City has not been completed as scheduled, so there may be a production shutdown period between the shutdown of the old plant and restarting of the new one.

Nitrochlorobenzene is an important intermediate in the production of pesticide and medicine. The annual production capacity of nitrochlorobenzene in China is roughly 830,000 tons, with a market value of about Yuan6 billion, whereas Bayi Chemical is its largest manufacturer in China. According to a research report of the securities trader CICC released in November 2020, the annual production capacity of Bayi Chemical is 320,000 tons, accounting for nearly 39% of the total.

Last November, CICC indicated that the price rise of p-nitrochlorobenzene is expected to stabilize till the first half of 2021. Since the relocation of the company has been going on for some time now, due to the outdated equipment of Bayi Chemical, the company will not only be unable to sell p-nitrochlorobenzene, but will also need to purchase periodically from the market to produce the pharmaceutical intermediate p-aminophenol.

According to the judgment of CICC, the earliest date for the restarting of the new Bayi Chemical plant will happen sometime in the second quarter of 2021. The current round of price rise will start in September, which is expected to be maintained till the first half of next year.