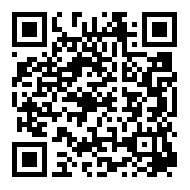 With the advance of the soybean planting season in Argentina and the presence of pests in crops being detected, FMC has recommended, through its Insecticide Manager, Francisco Francioni, the Cropshield program, which includes the use of two highly effective insecticides.

A report by INTA (National Agricultural Technology Institute), for example, highlighted the appearance of variable damage from caterpillars and bedbugs (cimex). Likewise, Francioni referred to the presence of thrips whose population has increased in comparison to previous years, as well as the incidence of Megascelis aeroginosa.

“When plants are stressed, either by drought or high temperatures, they are more vulnerable to the advance of pests. In addition, the heat accelerates the metabolism of insects,” Francioni revealed. He indicated that the Cropshield program comprises two products, Coragen (Chlorantraniliprole), for the control of lepidopterans, such as defoliating caterpillars; and Dinno (dinotefuran), for attacking bedbugs.

“It is almost perfect protection for the crop, due to the characteristics that these products have. They are green, selective for beneficial and persistent fauna; they have a period of stay that goes from 20 to 25 days,” Francioni said. According to the FMC executive, Cropshield is a tool that changes the traditional paradigm from the concept of “control” of pests to that of “protection” of the crop against them.

“They are not preventive products, but they must be done in advance, before the first insect detections, so that they are more efficient, mainly due to the prolonged persistence as a protective shield,” explained Francioni. Tests carried out by the FMC indicate that these insecticides can eliminate about 80% of the insects present in one square meter.