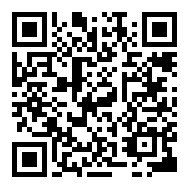 The agrochemical company Rainbow Paraguay will launch two fungicides for the effective management of soy diseases, Picpro and Polestar Mixx, this year.

Within the group, diseases that affect soybean cultivation in Paraguay, Asian rust (Phakopsora pachyrhizi) stands out as the most important.

However, there are other diseases with lower incidence of infection, but which are still important because they can reduce performance. This is the case with leaf spots or end-of-cycle diseases mainly represented by Septoria glycines, Cercospora kikuchii, Cercospora sojina and Corynespora cassiicola.

All of them constitute a complex long-term incubation, and latency causal agents, that is, with previous infections that are not visualized as in other diseases, which makes managing them difficult.

Picpro is a fungicide composed of the best strobilurin and the best triazolinthione: Picoxystrobin + Prothioconazole. It comes as SC in a high concentration of: 20% + 17.5% (375 g.i.a./Lt). It is a systemic fungicide, with preventive and curative action. They recommend a dose of 400 ml ha.

Among the benefits offered by Picpro, Rainbow Paraguay highlights the following, “Excellent control of Rust and EFC; Combination of two excellent active ingredients with translaminar transport and acropetala and with movement via xylem; Fast initial action and prolonged residual effect; High resistance to washing by rain, and no presence of phytotoxicity in the recommended dose.”

Polestar Mixx is a triple-mix fungicide with incorporated multisite, in a WG formulation composed of 8% Trifloxystrobin, 4% Cyproconazole and 60% Chlorothalonil. It is a systemic and contact fungicide, with preventive, curative and healing action recommended at a dose of 0.75 kg/ha.

According to Rainbow Paraguay, Polestar Mixx offers multiple benefits such as “Easy-to-dose triple-mix formulation with incorporated multisite; wide-ranging disease control such as soybean rust, stem and pod blight, Mildew and EFC; Fast initial action and prolonged residual effect; Low risk for the generation of resistance, given its multisite action and high resistance to being washed by rain.”