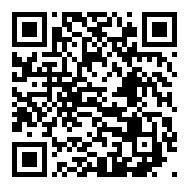 This was reported in their draft environmental impact assessment report on the annual 1,200-ton famoxadone project published on December 30, for public comment.

Famoxadone is one of the high-value products being developed at home and abroad. It has high activity, a unique action mechanism without cross-resistance to existing fungicides, and is very preventive in applications with a low dose. The product can be mixed with a variety of fungicides, which will effectively alleviate the resistance of systemic fungicides.

In China, a large number of efficacy trials have been conducted on the performance of famoxadone and mixtures, the results have revealed apparent efficacy in the control of watermelon anthracnose, grape black pox, downy mildew and pear scab, even at a lower dose, with minimal contamination to crops. It is a low-toxic, efficient and environment-friendly novel pesticide.