Climate change is opening up new regions to agricultural pests 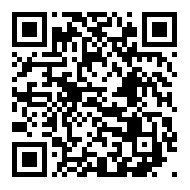 Climate change is opening up new habitats to old pests, transforming them from a mere nuisance into a growing menace and placing unprecedented threats on the global food supply. Here are six bugs to keep an eye on.

Found in: Africa, Australia, East and South Asia, and North and South America

Native to tropical areas of the Western Hemisphere, this invasive species has spread rapidly, causing “major damage to economically important cultivated grasses,” according to CABI, the nonprofit Centre for Agriculture and Biosciences International. The pest infested about 15% of Zambia’s corn crop this year. It also contributed to a 4% decline in China’s corn harvest—a difference of about 11 million tons—sending prices skyrocketing and forcing the country to open its strategic stockpile, according to the U.S. Department of Agriculture. Found in: Europe and North America

These insects are most destructive in the larval stage, when they burrow into and feed on plants’ roots. This makes their presence especially difficult to detect: A plant’s root structure may be almost destroyed, but aboveground it can still appear normal. A storm may easily knock over the stalks, as happened in the U.S. this summer, when high winds blew down stalks across millions of acres of Iowa corn. The rootworm is also increasingly resistant to genetic modifications in corn designed to thwart it, according to the University of Illinois’s Farmdoc data center. These tiny beetles make their home inside the fruit of coffee plants, eating them from the inside out. The bug used to stick around lower, warmer elevations, but rising temperatures have coaxed them higher uphill. That’s affecting the more expensive arabica coffee varietals, which prefer to grow on the slopes. Controlling the beetle population requires careful, labor-intensive monitoring. And farmers, who are already seeking higher ground because of climate change—coffee plants are particularly sensitive to temperatures—are running out of room. Found in: Africa, Asia, and the Middle East; plus a few cases in Europe

Eats: Pretty much anything

This pest has a Biblical appetite. In the past year it’s ravaged crops in regions as far-flung as East Africa and northern India. Both outbreaks were made possible by warmer seas, which generate more hurricanes and typhoons, which in turn create the perfect breeding ground for locusts. Ample rains moisten the soil, helping eggs thrive and encouraging vegetation growth in typically arid regions. As the climate gets more volatile, locust swarms are expected to become both more frequent and more severe. Found in: U.S. Great Plains, creeping into the Midwest

This tiny up-and-comer has been appearing in soybean fields in Iowa, Minnesota, and Nebraska. Its larvae attack the stems of soy plants that are in flower. There’s no known effective defense. “Nothing was significant enough to suppress the larvae,” says Erin Hodgson, associate professor of entomology at Iowa State University. “Plants can experience straight-up death.” Found in: Asia primarily, but increasingly in the Americas and Europe

Eats: Summer fruits, such as berries, cherries, and grapes

The flying pest’s small larvae feast on soft, expensive fruits, rendering them unsellable and costing farmers millions of dollars. Although it showed up in North America only a decade ago, it’s already wreaked havoc on U.S. berry farmers. Rising temperatures will expand the drosophila’s potential habitat, allowing it to push farther north each year.