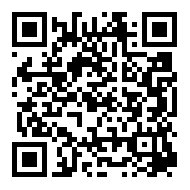 Registered in August 2020, Vayego® Forte introduces a new insecticide mode of action to the industry, containing 480 g/L of the Group 28 insecticide tetraniliprole in a suspension concentrate formulation.

The product brings other significant benefits to the market, including not flaring mites, low application rates and reduced stem splitting.

“Banana weevil borer is a very significant pest if not controlled. Its movement is generally limited but it can move from block to block if conditions are attractive elsewhere or when it's encouraged to move, for example when a block is knocked out,” Nick says.

“The biggest issue is the adult lays eggs at the base, called the corm, of semi-mature banana plants, and then the larvae burrow in and can cause quite serious tunnelling damage, often causing secondary pest and disease incursions in the corm. This reduces plant growth and structural integrity, which can then cause the plant to fall over, also called roll out.

“Obviously that plant and the bunch is then lost, leaving gaps in the plantation, which reduces overall productivity.”

Nick says the fact that Vayego Forte introduces a new chemical group into the banana market for the control of banana weevil borer is significant.

“This new product provides growers with an alternative to current registered insecticides, including the mainstay imidacloprid, which has been heavily relied on,” he says.

“This new mode of action will have positive implications for resistance management by utilising an insecticide group that the banana weevil borer has yet to be exposed to.”

A key benefit is that Vayego Forte doesn't cause mite flare, meaning growers don't have to worry about coming back to control that pest, which can be the result when using some other products.

Coming in a three-litre pack size, the application rate for Vayego Forte is very low, at 0.8 mL/stool, which can be injected undiluted, or diluted with water in a total application volume of 2 mL/stool.

“This very low use rate allows applicators to treat more plants per pack compared to other products. This means it's a very efficient operation in terms of down-time, where the person doing the work doesn't have to come back and refill as often,” he says.

“For manually operated injection kits, applying a smaller volume per plant may also make the application operation physically easier for applicators. However, such low rates mean applicators have to be particularly careful and make sure their equipment is correctly calibrated.”

It's also significant that less volume is applied into the plant as it will help reduce the risk of stem splitting, which can reduce the structural integrity of the plant.

Nick will be leading Vayego Forte demonstration trials on a couple of commercial banana farms in key North Queensland banana growing regions this season. Using commercial application equipment and large-scale plots, the work will compare Vayego Forte against some other products currently in the market.

“We expect the trials to show Vayego Forte will perform equivalently in terms of pest control to the current industry products, while also delivering the additional benefit of no mite flare and less stem splitting,” Nick comments.

Advisors and growers wanting to find out more should speak to their local consultant or reseller, or their local Bayer representative.

Vayego® is a Registered Trademark of the Bayer Group